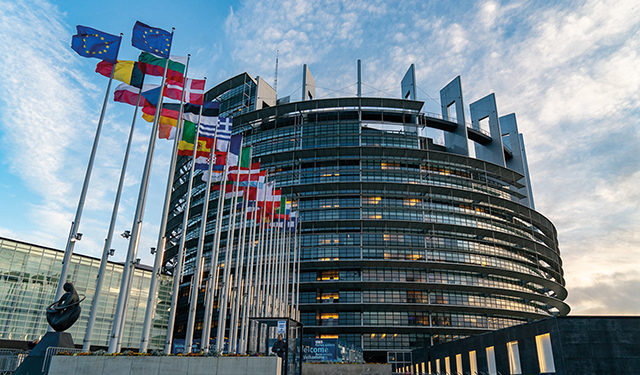 “EU leaders must live up to their historical responsibility and give a clear political signal to Ukraine, Moldova and Georgia, confirming their European perspective,” reads the resolution adopted by the European Parliament.

With 529 votes to 45 and 14 abstentions, Parliament adopted on Thursday a resolution calling on the Heads of State or Government -who hold their summit today and tomorrow – to grant EU candidate status to Ukraine and the Republic of Moldova “without delay.”

The resolution emphasized that they should do the same with Georgia “once its government has delivered” on the priorities indicated by the European Commission.

As noted in the resolution, Parliament invites the authorities of Ukraine, the Republic of Moldova, and Georgia to “unambiguously demonstrate their political determination to implement the European ambitions of their people,” accelerating reforms in order to effectively fulfill the criteria for EU membership as soon as possible.

“Ukrainians, Moldovans, and Georgians deserve to live in free, democratic, and prosperous countries that are proud and committed members of the European family,” MEPs state, urging the European Council to take an important first step towards fulfilling the legitimate aspirations of the citizens of these three countries.

The resolution stresses that there is no alternative to enlargement, which is “more than ever a geostrategic investment” in a stable, strong, and united EU. The prospect of full EU membership for the countries striving to become member states is in the European Union’s own political, economic, and security interests. MEPs demand that the enlargement process be “re-energized” and unblocked as regards the Western Balkans.