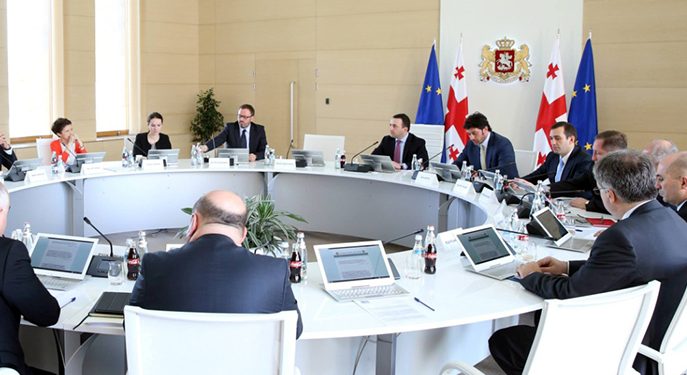 Members of the Cabinet of Ministers discussed 5 agenda items, one of which is a Draft Government Decree on the attraction of funding for a Feasibility Study of the Submarine Black Sea Power Transmission Project.

Work has started on the project, on Georgia’s initiative, which implies the interconnection of the Caucasus region and Europe through a high-voltage submarine electricity cable and namely it aims to connect the Georgian and Romanian power grids via a submarine electricity transmission line to be constructed in the basin of the Black Sea.

Due Diligence is being performed. Funding has been allocated to the volume of 2.5 million Euros, and the study is scheduled to be completed at the end of the current year.

At the same time, the Ministry of Finance of Georgia will approach the World Bank in line with a decision of the Government of Georgia on the allocation of $75 mln for the Feasibility Study to be carried out for the Black Sea Submarine Power Transmission Project. A preliminary agreement has already been reached with the World Bank on the volume and aim of the funding.

One more agenda item discussed at the Executive Government Meeting was a Draft Government Decree on the Agreements to be concluded by and between the Government of Georgia and Adjara Energy 2007 LLC on the Imereti Wind Power Plant.

As noted in the Government Decree, the draft agreement approved by the Government intended for the comprehensive Feasibility Study on the Imereti Wind Power Plan of the Imereti region, identified as a Public-Private Partnership (PPP), complies with the applicable legislation on the country. A timeline of 24 months is envisaged from the signing of the agreement to the implementation of preparatory works.

The capacity of the power plant is 50 megawatts, with generation potential of 180.89 million kilowatts/hr. The required investment amounts to $66 mln.