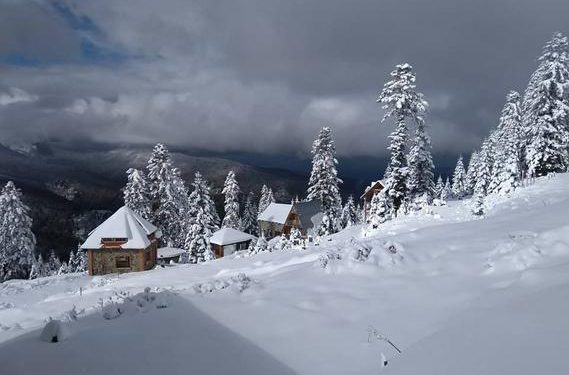 The helicopter could not be involved in the rescue operation due to the snowstorm and the difficult visibility to evacuate several young persons trapped at Gomi Mountain, the Guria region of Georgia, the press service of the State Representative in Guria said.

It is currently snowing heavily on Gomi Mountain in Ozurgeti, the capital of the region. Earlier In the morning, it was reported that one person died due to frost. Rescue teams are working on the spot to rescue those trapped in the disaster zone.

Presently, heavy equipment is clearing the road while rescuers are moving to the destination on foot.

“There were four people in total, unfortunately, one died. Rescuers are working to save the lives of the remaining three. However, the difficult meteorological conditions hinder the rescue operation,” noted the press service.

Reportedly, the young people are originated from Ozurgeti and they were hunting on Gomi Mountain.