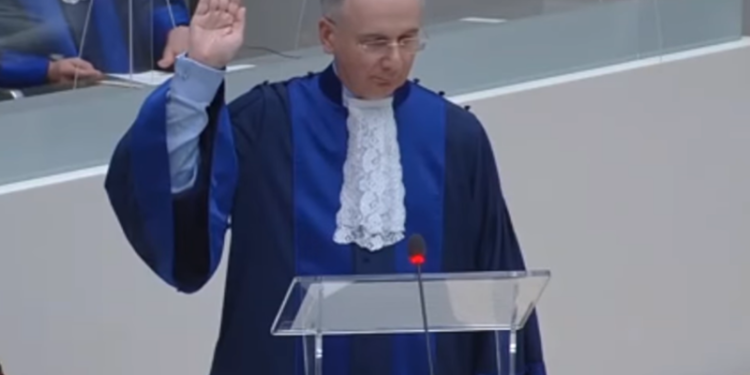 The Ministry of Justice of Georgia publishes a statement according to which the Minister of Justice, Gocha Lortkipanidze took the oath in the Hague court