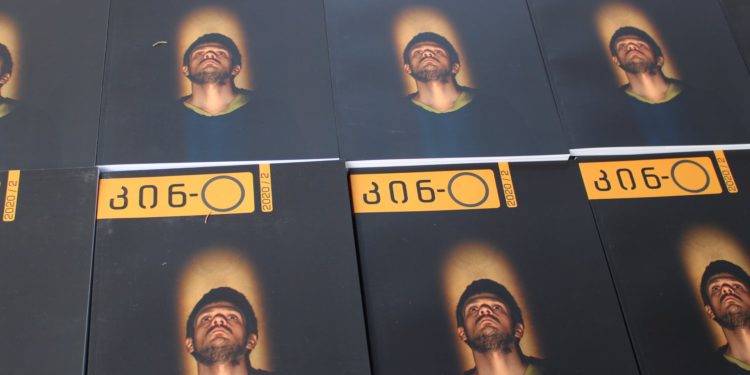 The event featured a catalog including information about Georgian feature films, documentaries, short films, and animated films, and also film heritage restored over the years.

Georgian National Film Center has organized the presentation of the second issue magazine “Kin-O”(film) and introduced the annual catalog of Georgian films.

The magazine actively examines copyright policy issues and ongoing discussions about the topic. Readers will also be introduced to the translations of the chrestomathy letters of Alexandre Astruc and François Truffaut and be able to read interviews with various authors.

In addition to the film magazine presentation, the event featured an annual catalog of Georgian films, that has been published by the National Film Center since 2005. The catalog includes information about Georgian feature films, documentaries, short films, and animated films, and also includes information on the film heritage restored over the years. The annual catalog of Georgian films is bilingual – in Georgian and English.

Kin-O is the only professional magazine on Georgian cinema published by the Georgian National Film Center, which is printed twice a year. The editors-in-chief of the magazine are film critics Teo Khatiashvili and Giorgi Razmadze.