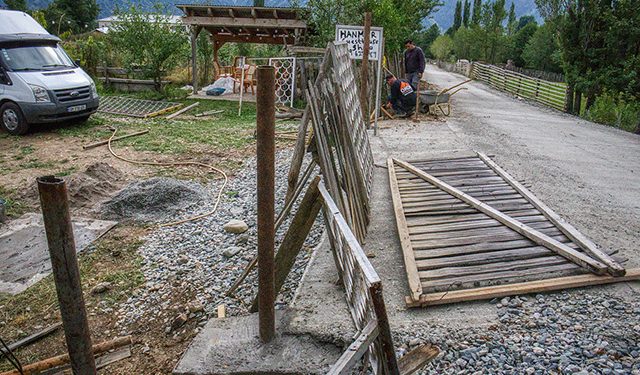 After last week’s debacle, the first time ever it has been my fault for forgetting the date and missing a weekly article in GT since I began writing in early 2011, I have some catching up to do. (I explain: I had serialized my latest Svan Tale over 4 issues of the paper, and was renovating a flat in Tbilisi, far away from usual routines. But this is no excuse!)

Now I am back at home in Etseri, with some friends who are helping with more renovation here. One is American, the other Iranian, with a Dutch wife and toddler son. The two men have quite the skill set between them, and quite the range of tools, which the American brought up in his new minivan, now a traveling renovation machine. 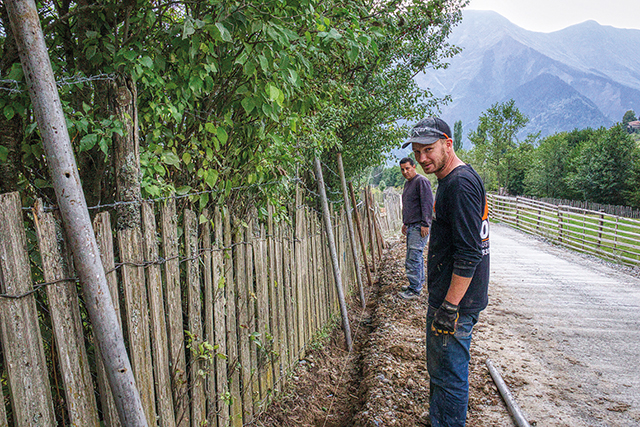 We stopped in Zugdidi, last bastion of good shopping, to stock up on food goods for their stay and also look for steel fencing materials. These will replace the house’s front or entrance fence, which is currently wood posts and slats and wire. As my wife and I will be spending the coming winter on a long break in Tbilisi, we hope to make the yard as critter-proof as possible, the main culprits being cows and pigs, which will wreak great destruction upon entering. They are a stern test to any normal fence left unattended. 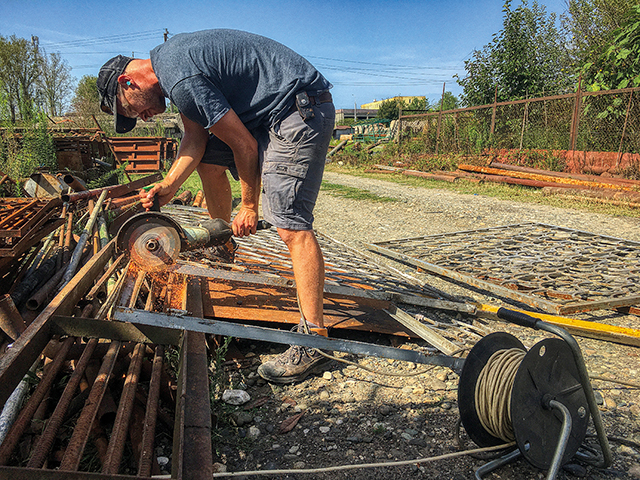 We tried first to find second-hand gates and fence posts for a lower price, and in this were very successful, returning to a man I’ve bought other useful metal items from before. The whole set of a long and medium-width gate for cars and a small one for people we found as a smart matching set, along with all the fence posts, to which we added new tough diamond-pattern mesh against the animals. Added bonus, it all fitted in the minivan! Along with everything else: tools, food, luggage and 6 bags of cement. Up we trudged the last 110 km home, arriving for supper. 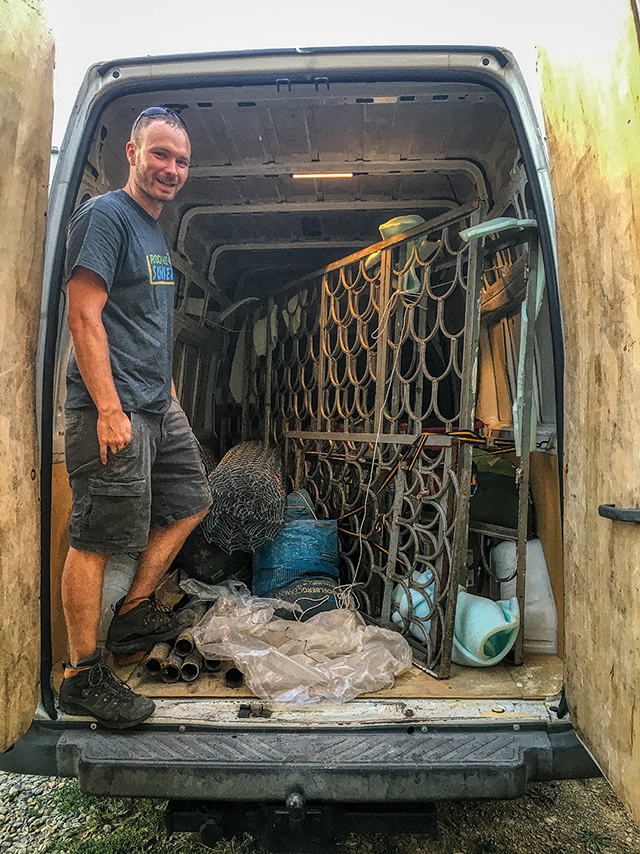 Next morning the work began in earnest. Fence and gate posts must be dug and cemented deep into the ground against possible motion and frost heave. (The ground presents 3 very different sets of conditions through the year: sodden with snow-melt runoff in spring; hard-baked in summer; and hard-frozen under deep snow in the long winter.) We already have gravel and sand for the cement to add to, with more cement to come from closer Mestia as needed. Hinges must be welded carefully into place on the gates, for both strength and accuracy. We’ll also paint the whole gate and fence set against rust. I try to help as much as possible with the unskilled parts, like wetting the ground to soften it, and digging the trench into which a concrete belt for the posts and wire mesh will go to prevent piglets from digging their way under, as they are wont to do. Unused to such physical labor (no longer milking two cows twice a day), I do what I can.

The workers are adding welded rebar rods to each gate or fence post, perpendicular to it and sticking out horizontally into each hole. When they pour in the concrete, and it hardens, this will give each post added stiffness from motion in any direction. Smart and easy, given materials and skills.

We also have to take out the old gates while working, but prop them up each night to prevent roaming bovines from forcing their way in and eating whatever they fancy, of which there is plenty of variety. They’re always looking for something to supplement a fairly boring diet of hay or grass with more interesting addition, chiefly in the vegetable and fruit departments! Vigilance is needed! I dig the main fence channel just outside the existing one but as close as possible to it, trying to avoid accusations of land-stealing and causing copy-cat behavior.

It’ll be about a 10-day process, with other, indoor projects interspersed in case of rain, which is forecast. We’ll keep the guys busy, and do our best to winterize. More next week.