Giorgi Gakharia: We Will Support Neither GD nor UNM in Second Round 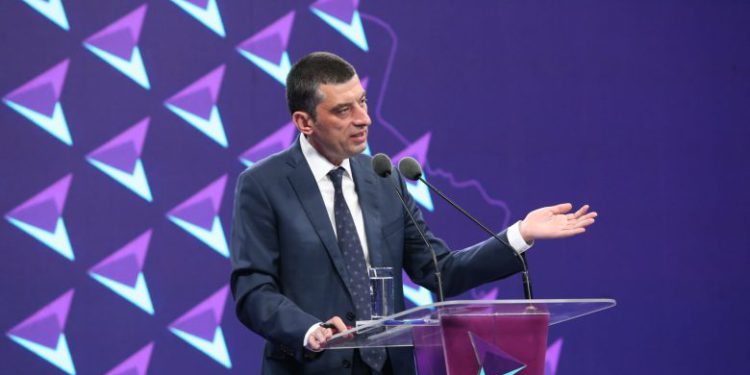 Giorgi Gakharia, Chairman of For Georgia party, says they will support neither the Georgian Dream nor the United National Movement in the second round of elections.

He stated at the briefing that his party was supported by the citizens who want to end both of these “radical forces and polarization” in the country.

For Georgia believes that its supporters can make an “independent decision” without supporting either GD or UNM.

“Our electorate is a sensible electorate who, by supporting us, in fact, said that they are against radicalization and concentration of power, and support balanced power. Accordingly, we cannot and will not tell them, we will not insult them, by telling them to support any one party. The fact that they supported us meant that they rejected radicalization and the two radical forces that create the illusion of fighting each other to take the country back to the past,” Gakharia said.

The second round of local elections will be held on October 30, as the October 2 local self-government elections in 20 cities of Georgia did not reveal a winning candidate for mayor.

Opposition parties, except For Georgia and the Alliance of Patriots, are expected to support the biggest opposition force, the UNM, during the second round.

Related Story: Second Round of Elections to be Held on October 30