Getting the High Mountainous Regions Online with Czech Support 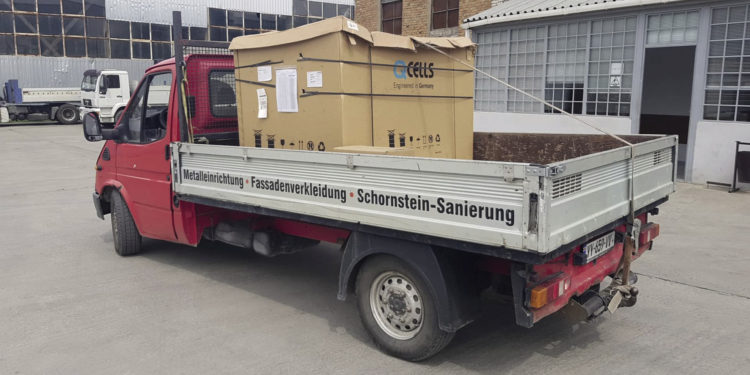 One of the main challenges for Georgia’s mountainous touristic regions has long been the limited internet supply. In the digital era, internet is considered one of the base luxuries that a tourist looks for, especially in remote areas. While the popularity of ski resorts like Bakuriani, Gudauri and Mestia meant that internet is provided by private investors, for small-time operators in regions like Tusheti and Khevsureti, reliable internet connection has remained problematic for years. However, things have been steadily changing for the better over the last two years, to the point that in the foreseeable future, this obstacle might be overcome altogether, thanks to Georgia’s international partners and friends.

In 2018, with the funding of the Czech Embassy in Georgia, local NGOs Mountain Community Network and Tusheti Development Fund launched a project aiming to expand the internet coverage in the Tusheti, Pshavi, Khevsureti, and Gudamakari gorges. The main goal of the project was to increase the internet network in the high mountains and remote areas of Georgia.

Aside from the aspect of obvious quality of life improvement, a steady internet connection has provided new opportunities for the local population for more development projects, especially those bringing innovations, new technologies, and knowledge. Such development projects aim to preserve the unique national and cultural heritage, as well as promote the sustainable development of remote areas. As a result, the internet has become a huge source of information and opportunities for local businesses.

With the support of the Czech Republic, six more villages were connected to the web in 2019. This was a vital development, since there is no mobile coverage in those villages and the internet is the only modern communication channel. According to project coordinator Rati Kochlamazashvili, with the help of the Czech Embassy, good quality internet is now available in almost all populated valleys of Tusheti.

“I have a much better connection in Tusheti than in Tbilisi,” he tells us. “Learning remotely became easier for children, and with the help of the Czech Embassy, we’ve expanded the internet coverage in such valleys where the population couldn’t even get a cell signal before. Having no internet limited how much the population could get involved in tourism. But, now, a lot of hotels have opened, and others are in the process of opening. Also important is that investments for hosting tourists have already begun. The Czech Embassy has helped us to get internet access in nearly 100% of populated valleys.” 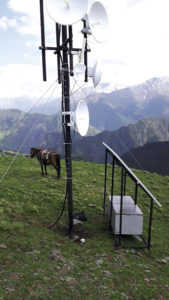 Things are moving apace in the Khevsureti region too. More than 120 villages already have access to the internet, and approximately 100 families can have access completely free of charge. According to Ucha Seturi, regional coordinator of the project for Khevsureti, since Khevsureti is a mountainous region, sometimes the population has difficulty connecting to the internet, although usually this lasts only a few days. He notes that a special group is working to provide the population with high-speed internet.

“Having access to the internet has changed everything,” Seturi says. “New hotels have been built since then. After the completion of the project, the number of Georgian tourists has rapidly grown. Schools are also involved in this project, and the children have access to the internet at home. All those valleys which did not have a connection before have come to life, and all of this has happened with the help of the Czech Embassy. We will be forever grateful for that.”

Vazha Jabanishvili lives in the old village of Vakisopeli in Pshavi. Vazha worked together with his neighbors to lobby for the installation of internet and telephone connections. Now, the locals can use the internet to connect with clients and conduct business. For Vazha, that means using the internet to attract more visitors to his guesthouse, and he says theirs has already seen a significant increase in numbers because of the wider outreach and internet availability.

“Before, when someone wanted to stay at this house, they would come directly; they wouldn’t have been able to get in touch with us before arrival, as there was no phone signal and no internet. The internet has
improved our lives, that is why we were so determined to get it. We didn’t have internet access for almost 10 years; no electricity, no form of communication with the outside world. It was very difficult to be involved in tourism and agriculture. For example, when we wanted to sell something, we had to travel very far to get a signal. Today, we can make arrangements from home using the internet. Most of the foreign visitors back then were surprised we didn’t have Wi-Fi in the 21st century – it was bit awkward to explain the reasons, to be honest,” he says.