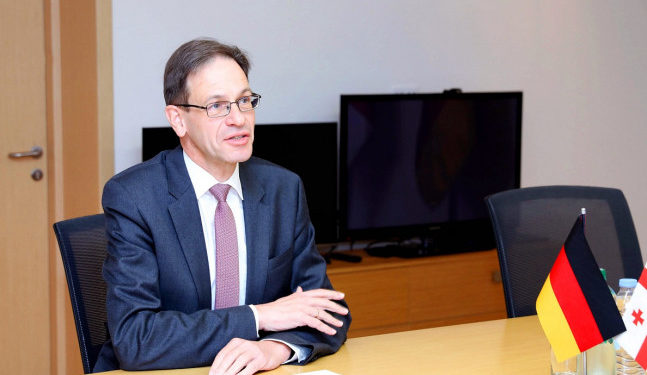 German Ambassador to Georgia Hubert Knirsch, in response to the invitation of the President of Georgia Salome Zurabishvili, said that he will also appear in Europe Square tomorrow.

“The President of Georgia, Mrs. Salome Zurabishvili, invited people to Europe Square tomorrow, June 16, at 19:00 to support Georgia’s European future. It is noteworthy that the head of state calls on her citizens to publicly express their position on Europe,” noted the Ambassador.