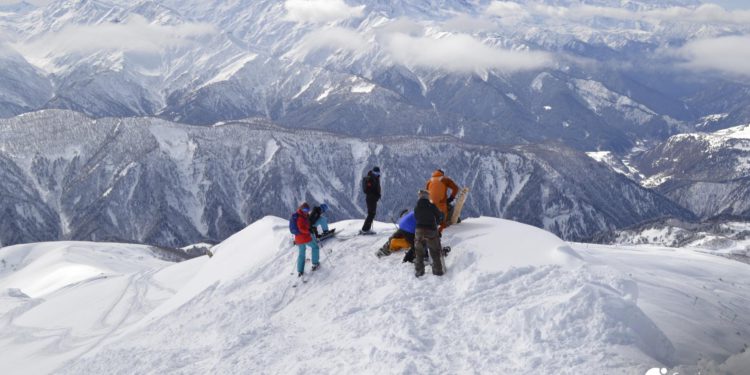 For the first time in Georgia, at the Tetnuldi resort in the mountainous Svaneti region, within the framework of the “Freeride” week, the qualifying stages of the Freeride World Tour (FWQ) were held.

The event, held on February 8-12, was organized by Mountain Resorts Development Company (MRDC) of the Ministry of Economy and Sustainable Development, with the support of the USAID Economic Security Program, Mestia Municipality, Svaneti destination management organization Shan Land and the National Tourism Administration.

“Holding the event to a high standard will demonstrate the potential of Georgian ski resorts internationally,” the MRDC noted. “It will increase the awareness of Georgia’s ski resorts and make them more attractive to local and foreign tourists and investors, which, in turn, will contribute to the development of tourism in Georgia and the creation of an appropriate investment environment.

“Qualifying (FWQ) stages include small 2-star and big 4-star competitions. The small competition ensures the involvement of local and beginner athletes, while the big competition provides the participation of high-ranking foreign athletes and international coverage. Up to 120 athletes from 20 countries will take part in the competitions.

“In freeride sports, there is a hierarchy of events according to which the annual calendar is planned. Georgia has been given a unique opportunity to host the highest category qualifying round of the Freeride World Qualifier in the first year, which is rated 4 stars. The higher level of this competition is only the Freeride World Tour, which Georgia will be able to host as a result of successful qualification stages, ” the MRDC announced.