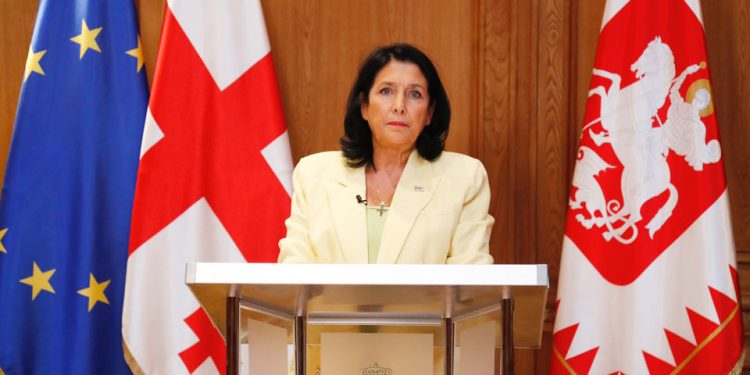 President Salome Zurabishvili claims that the population of Georgia fully stands by Ukraine, while the government tries to remain cautious.

“The difference between the Georgian government and me is that I do not share the cautious rhetoric towards Russia,” Georgia’s President said in an interview with France Inter radio.

Salome Zurabishvili discussed the Ukrainian conflict and Russia’s miscalculations about the US and Europe’s support of Ukraine.

The journalist observed it was difficult to understand which side the Georgian government backed eight months after the conflict began, even though the Georgian people clearly support Ukraine.

“The government is attempting to be more cautious than I am. I am outspoken in my support for Ukraine,” the President stated.

She went on to say she did not share “the government’s cautious rhetoric in order to avoid more fury from Russia.”

“I do not share this cautiousness. But I share the idea that it is strategically important for the European Union and the international community not to draw a new line between Ukraine, Moldova, and Georgia. Russia should not expect to be able to recover its credibility in Georgia after its defeat in Ukraine. We are all in the same boat, and the support and solidarity for Ukraine should extend to Georgia as well,” Zurabishvili added.

“Thanks to Ukraine, everyone has learned that it is impossible to be dependent on a non-democratic state,” she said.