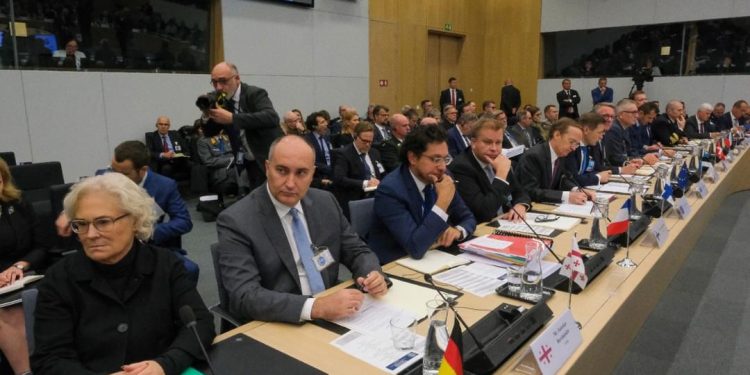 Minister of Defense of Georgia Juansher Burchuladze attended the meeting of the contact group of Ukraine in the Ramstein format. The meeting, organized by the US Department of Defense, was held at the NATO headquarters in Brussels.

The Ministry of Defense reports that at the meeting, the situation created as a result of Russia’s aggression in Ukraine and the needs of the country, as well as the security challenges facing US allies and partners, will be discussed. Defense ministers and high-ranking military personnel of more than 50 like-minded countries are participating in the meeting.

Within the framework of his visit to Brussels, Burchuladze has already held a meeting with the Secretary General of NATO, Jens Stoltenberg. Later, he will also meet the Chairman of the NATO Military Committee, Admiral Rob Bauer , and will discuss issues of deepening practical cooperation between NATO and Georgia.