Georgian Sports Successes this Past Week: A Round-Up 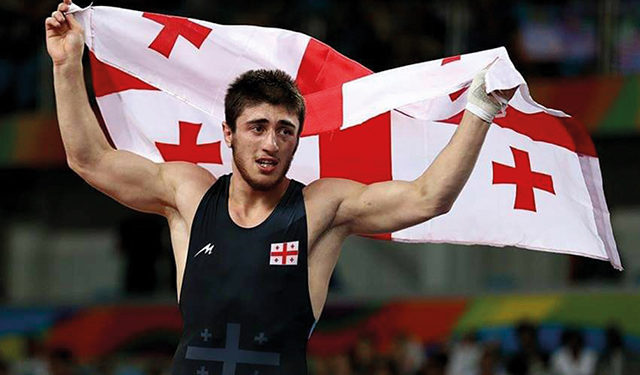 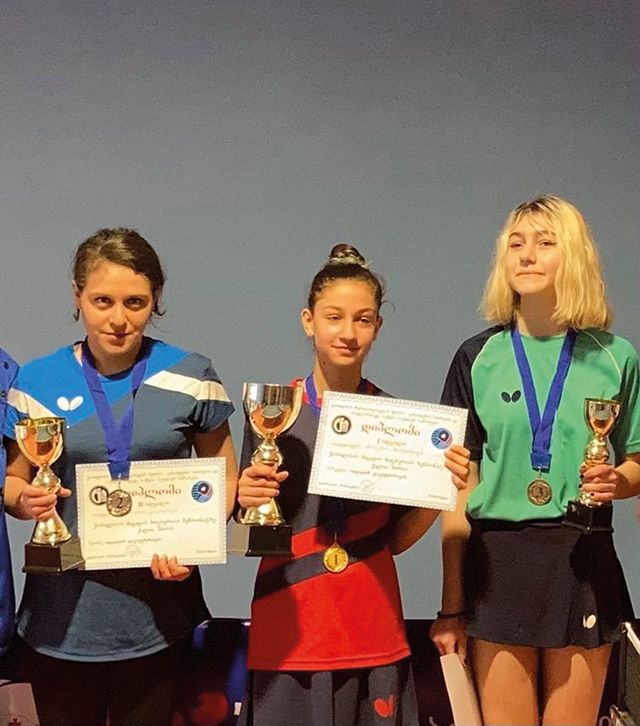 On April 24, 12-year-old Anastasia Chkhartishvili won the championship among women at the Tbilisi Table Tennis Championship held at the Arena-1 Sports Complex. Before the victory, she defeated several experienced athletes, including Natia Katsitadze, second-place winner of the Georgian National Women’s League, and won the gold medal of the Tbilisi Championship.

Chkhartishvili has been playing table tennis since December 2018. During this period, she became a two-time vice-champion among the mini cadet girls. In 2021, she became a champion among cadet girls and after among women. Given her age and training period, Anastasia’s results are considered significant.
Anastasia is successfully playing in the Adolescent League by the Ministry of Sport and Culture of Georgia organized within the #BE ACTIVE campaign, which started on April 3 of this year and ending on June 5 of 2021. This tournament is noteworthy because cadet boys and girls play together in this competition. It should be noted that during this tournament, Anastasia defeated several featured male players with remarkable titles and experiences, including the current champion among cadet boys.

At this stage, Chkhartishvili ranks first among the women participants of the league with a significant advantage, and holds second place among boys.

The Georgian Championship is ahead, and 12-year-old Anastasia is preparing for a successful performance, taking individual training under the supervision of a coach, Kote Kharati. 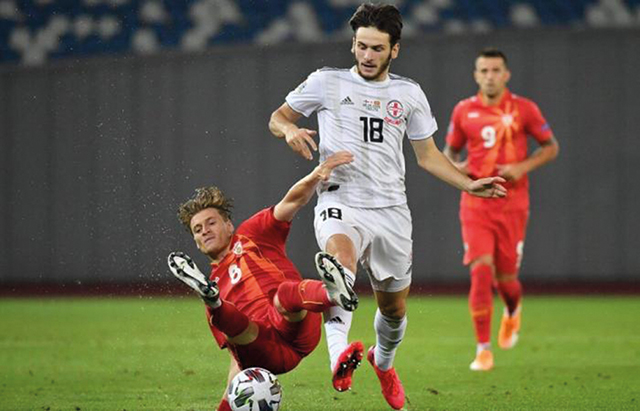 Juventus might pay EUR 20 mln for the transfer of young Georgia Player Khvicha Kvaratskhelia, who is currently a player of the Russian club Kuban Rubin, and who plays for the Georgian national and age teams.

Reportedly, negotiations are underway with the player’s representatives.

The Kuban Rubin club is asking 19 million for Kvaratskhelia’s potential transfer. The young Georgian player has also caught the eye of other leading Italian clubs, such as AC Milan.
Kvaratskhelia has been playing in the academy of Tbilisi ‘Dinamo’ and youth teams since 2012. He started his career in 2017, in Dinamo Tbilisi.

Kvaratskhelia made his debut for the Georgian national team on 7 June 2019 in a Euro 2020 qualifier against Gibraltar, as a starter. On 14 October 2020, he scored his first goal in a 1–1 UEFA Nations League draw to North Macedonia. 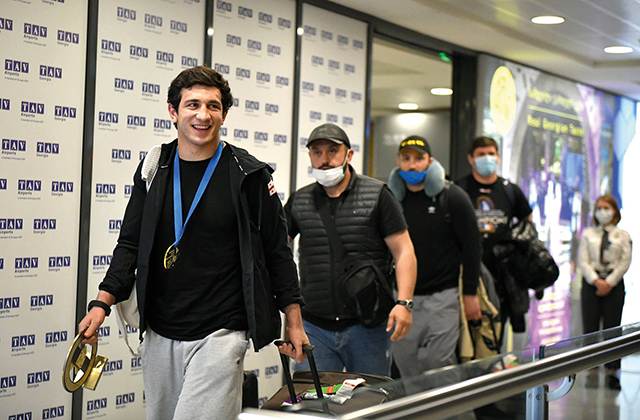 On April 20, the Georgian judo team returned to Tbilisi from Lisbon with 5 medals and with the team in first place at the European Judo Championship.

Vazha Margvelashvili (66 kg) brought the first medal to the Georgian team at the European Championship.

Lasha Bekauri defeated Beka Ghviniashvili in the Georgian final held in 90 kg and became the European champion for the first time.

In the 100kg category, three-time European Championship winner Varlam Liparteliani lost in the final but won a silver medal.

Guram Tushishvili, the world champion in +100 kg, defeated the Dutch Roy Meyer for the bronze medal. 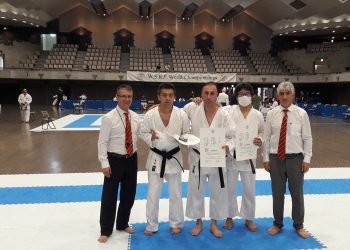