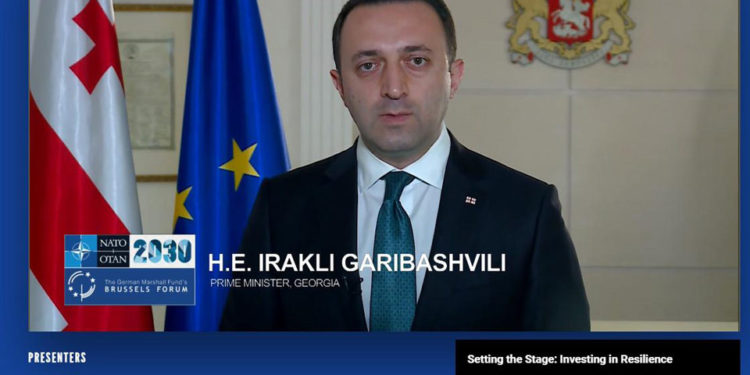 “Not only my country, but countries of the region, of Europe and beyond have been subjected to the emerging security threats, and are looking into ways to protect themselves,” Georgian Prime Minister Irakli Garibashvili said in his speech at the Brussels Forum bringing together global leaders, Press Service of the Government Administration reported.

Addressing the forum, Garibashvili spoke about the threats and challenges Georgia has been facing since the day of its independence. He said that in the conditions of Russian occupation of 20% of Georgia’s territories and the use of these territories as a testing ground for destructive policies, hostile actions continue to this day. 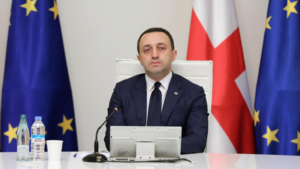 At the same time, Garibashvili notes that not only Georgia but also countries in the region, Europe and beyond have faced new security threats and are looking for ways to protect themselves.

“Hence, it is crucial for like-minded states to join forces and share tools and experience to build resilience, which has become a crucial concept not only in the military but much broader terms – the resilience of societies, founded on the shared principles of human rights, rule of law, good governance and market economy,” the Prime Minister underlined.

The Head of Government, in commenting on the North Atlantic Alliance’s Summit, stated that the Alliance is best equipped to pull together knowledge and resources to fight against mentioned threats.

Even the strongest Western democracies find it difficult to deal with these new challenges, Irakli Garibashvili added.

He noted that it becomes evident that the complex nature of modern hybrid warfare calls for joint effort and support from our partners.

“In that context, it is important that NATO Summit 2021 focuses on the NATO-2030 agenda, which will become a basis for the new strategic concept of the Alliance. Issues such as modernizing capabilities, reinforcing collective defense through increased readiness, developing Alliance-wide resilience objectives, as well as supporting the resilience of partners, are identified as key issues in the NATO-2030 document.

“We also welcome the renewal of the Alliance’s open door policy, which is one of the main recommendations of the document, and we hope that this policy will continue effectively in the coming years. Over the years, the North Atlantic Alliance has been actively investing and participating in sustainable development efforts in Georgia. We are ready to further deepen cooperation with the Alliance in this direction. This agenda is even more relevant for the aspirant Georgia, as we are preparing for the membership of the Alliance. The more sustainable each like-minded partner and member is, the stronger the North Atlantic Alliance. This is the only way to prevail in the battle for the values ​​of freedom and peace-loving nations,” Garibashvili concluded.

The Brussels Forum comprises thematic panels. The Head of the Georgian Government delivered a speech as part of the Investing in Resilience panel focusing on the importance of investing in integrated and coordinated sustainability approaches among the NATO Allies.

The list of the panel’s speakers also included US Representative Gerry Connolly and the Atlantic Council’s Director for Northern Europe Anna Wieslander.

Related Story: PM of Georgia to be Invited as Speaker at Brussels Forum

James Appathurai: All Parties, Including United National Movement, should Support Implementation of Reforms

Sandro Mamukelashvili to Play in NBA