Georgian Footballer shares his story in UEFA’s Documentary Against Discrimination 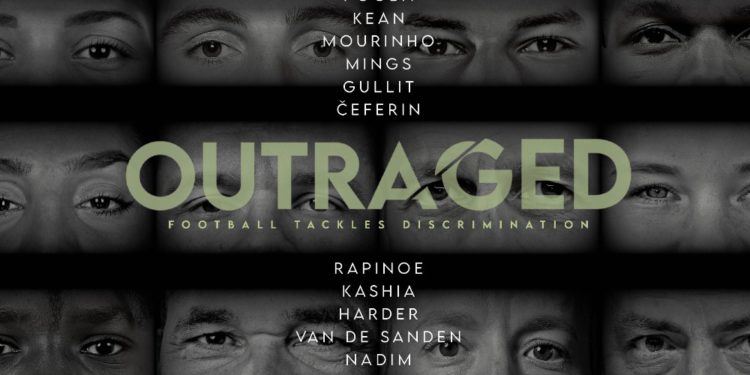 With discrimination in European football on the rise, UEFA has released a new documentary, bringing famous faces together to tackle discrimination in all its forms. Outraged takes viewers on a journey across Europe and North America, exploring the complexities of pejudice in the global game.

UEFA president Aleksander Čeferin said: “Football is something that is followed by billions of people around the world. We have to show that discrimination is wrong.”

“It’s very important that players speak out,” added Čeferin. “They are the ones who suffer discrimination. We have to speak to the [players] who are on the pitch and who feel discrimination first-hand.”

Back in 2018, Guram Kashia was granted the #EqualGame Award for his support for the LGBT community. In 2017, Kashia, at the time being the captain of the Dutch football team Vitesse, wore a rainbow armband in support of diversity and peace. This caused outrage amongst conservative Georgians.

In UEFA’s documentary, Kashia speaks of the “taught time” he has experienced and suggests the ways to help eradicate prejudice. In Outraged, he explains how he hopes his actions inspire others to do the same.

”I got a lot of negative comments. It was a tough time for me. I didn’t expect that much hate. Such things really impact a person, and it sometimes hurt to be in that position. I can only imagine how tough it is when you’re bullied like that, it hurts for sure, because I too have experienced it”, says Kashia.

Pernille Harder and Lucy Bronze, along with Rapinoe, each explain how they have fought and are still fighting sexism and discrimination in women’s football.

The UEFA–produced documentary is available to watch for free on UEFA.tv.