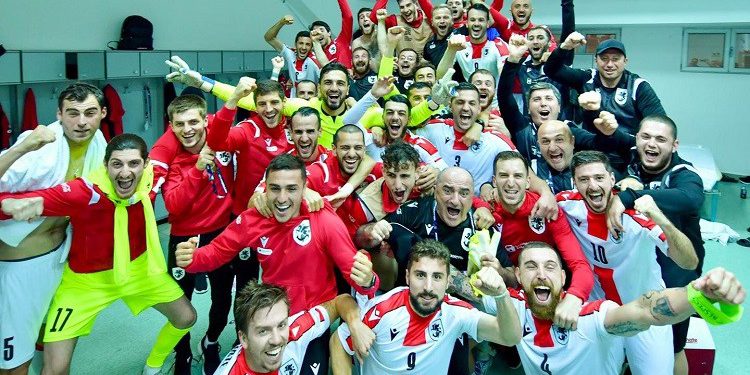 The Georgian national football team defeated North Macedonia 0:3 in its third match of the UEFA Nations League Group C4 at the Todor Proeski Arena in the North Macedonian capital city of Skopje on Thursday.

The first goal of the game was scored by Budu Zivzivadze in the 52nd minute, with Kvicha Kvaratskhelia adding the second in the 62nd minute of the game, and Otar Kiteishvili scoring the third in 84th.

This is the first victory for Georgia in 4 games against North Macedonia.

With this victory, Willy Sagnol’s team gained 9 points in the Group C4 and took the first position.

The next match of the national team will be held on June 12 at 20:00 against the Bulgarian team.