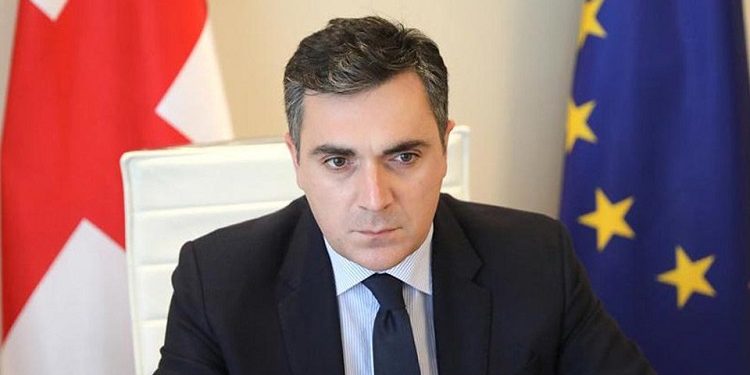 “Nine months ago, the European security architecture was shattered by Russia’s full-scale military aggression against Ukraine. The humanitarian consequences are dreadful, with thousands of lives lost and millions of others displaced. We continue to stand with Ukraine and the Ukrainian people and reiterate Georgia’s unwavering support for the independence, sovereignty and territorial integrity of Ukraine within its internationally recognized borders,” the Minister asserted.

“Following the full-scale military aggression in August 2008, we suffer grave consequences on a daily basis. Two regions of Georgia – Abkhazia and Tskhinvali, South Ossetia – remain occupied by the Russian Federation. These regions were military strongholds and are now heavily depopulated. Over 300,000 Georgians were expelled from their homes and are still deprived of the possibility to exercise their right to return,” he went on.

The Minister mentioned the European Court of Human Rights judgment of January 2021 and the decision of the International Criminal Court of June 2022 “which legally attested Russia’s occupation and [its] effective control of the Abkhazia and Tskhinvali regions of Georgia, as well as its responsibility for human rights violations.”

He underscored that “Georgia is committed to the peaceful resolution of the Russia-Georgia conflict.” In this context, the Minister stressed that the Geneva International Discussions “are the only format to ensure Russia’s full compliance with the EU-mediated 2008 Ceasefire Agreement.”

Darchiashvili also underlined the significance of “the decisive steps and the unity of the international community to make Russia fulfil its international obligations, including the EU-mediated 2008 Ceasefire Agreement, as well as obey the fundamental principles of international law and respect the sovereignty and territorial integrity of its neighbors.”

“There is no other way for consolidating European security. The use of force and the threat of the use of force must cease. This is not a language that can succeed. The OSCE provides a comprehensive and well-tailored framework for security. It has been a work of nearly five decades. We believe it has a good potential to serve for peace and security in Europe in future as well, but the potential may remain untapped if all participating states do not respect the basics, the principles and obligations, which they themselves committed to,” he concluded.