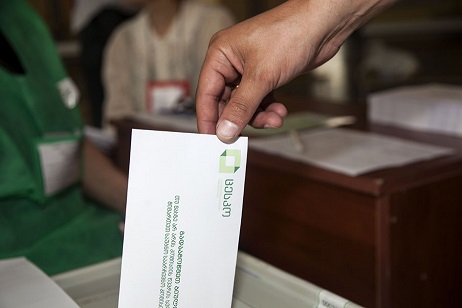 For the upcoming local elections, Tbilisi is the main municipality to fight for.

Kakha Kaladze, Mayor of Tbilisi since 2017, remains one of the leaders of Georgian Dream and a high-ranking politician. As such, it is expected that he will be the ruling party’s candidate during the upcoming elections for the same position.

Even though Kaladze did not comment regarding his candidateship, several members of Georgian Dream, and MPs Mikheil Kavelashvili, Maia Bitadze, and Irakli Zarkua, answered  journalists’ questions today regarding the upcoming elections, praising Kaladze’s current work and saying they hope to see him continuing as mayor.

MPs added despite their personal views, all the candidates must be first discussed within the Georgian Dream Political Council.