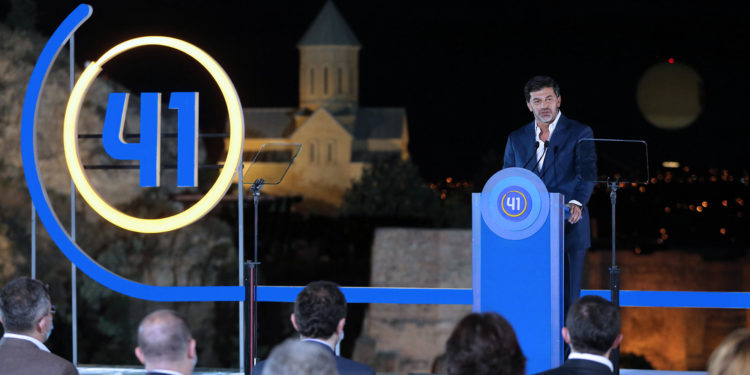 The Georgian Dream party has nominated majoritarian candidates for the Tbilisi City Assembly. The list of candidates was nominated by Tbilisi mayoral candidate Kakha Kaladze.

“Today is an important day for our city because the political union “Georgian Dream – Democratic Georgia” will present to the public the majoritarian candidates in ten districts of the capital, people who, if supported by Tbilisians, will have a responsible mission for the city and every person living here,” said Kaladze.

“We have a clear goal – across the city, in each district, with each person to bring all the good things we have created, we create and will create for Tbilisi and the people of Tbilisi. In this hard work majoritarian MPs are playing a special role and their function will be even more responsible in the next four years,” Kaladze said.