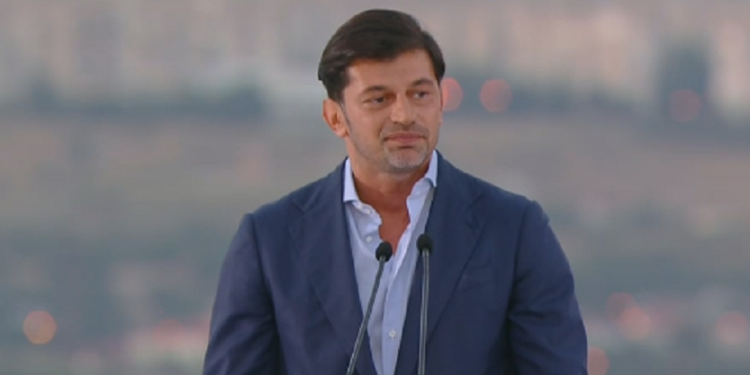 The Georgian Dream party has nominated Kakha Kaladze as its Tbilisi mayoral candidate, seeing him run for Mayor of Tbilisi for a second time.

The nomination ceremony for the mayor of the capital was held in Mtatsminda Park.

“Many people know about my greatest dream, I have talked about it many times,” Kaladze said. “As I left my mark in Georgian football, I also want to contribute to Georgian politics for the benefit of the country, our children, and their children. I will not stop for a moment: I will continue to strive for this goal through hard work,” he said.

Media representatives and activists held a protest rally near Mtatsminda Park in parallel with the nomination of the mayoral candidate, demanding the punishment of those involved in the June 5 violence.

“Violence and hatred kill our country and its future, and all the people who beat and abused you [journalists] on July 5 harm the development of the country and our future. This is kind of act is shameful and should be punished,” Kaladze said.

He also pointed out that psychological violence is not less violence, and that humiliation, slander, and bullying often come from various television channels due to different political or other motivations.