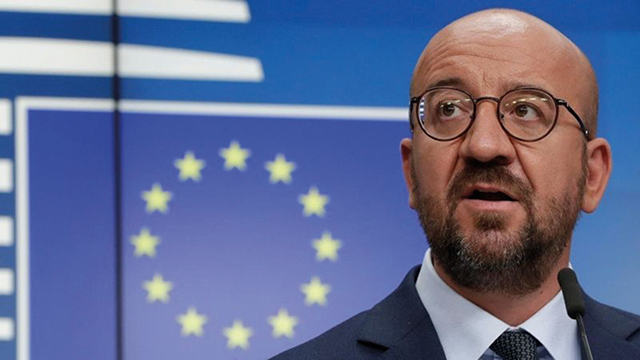 Member of the US Senate Foreign Relations Committee Jim Risch responded to the Georgian Dream’s July 28 statement on the agreement mediated by European Council President Charles Michel being annulled, saying that the ruling team’s decision to walk away from the agreement is an abdication of government responsibility.

“Georgian Dream’s decision to walk away from the April 19 agreement is an abdication of government responsibility and seems to indicate that the party only cares about its own future, not that of the entire country. The people of Georgia deserve better,” Risch tweeted.

“True,” MEP Viola von Cramon tweeted in response. “Unfortunately, the same is true for the biggest opposition party UNM, who hadn’t even started to sign the joint April 19 agreement. They made it easy for Georgian Dream to annul their signature. Even more true: The people of Georgia will suffer the most from these decisions.”

“Today, 100 days after the April 19 agreement, it is clear that it has fulfilled its mission,” stated Irakli Kobakhidze, Chairman of the Georgian Dream party, on the afternoon of July 28, going on to note that the agreement was being annulled.

“Although more than half of the opposition MPs did not sign the agreement, we see that our international partners do not consider it necessary to strongly urge the radical opposition to sign the document and participate in its implementation,” Kobakhidze said.

“The country has already moved to new, local self-government elections, and holding such elections when the main opposition party has not signed the document is detrimental to the interests of the country. In this situation, the Georgian Dream side declaring exhaustion of the agreement seems to be the only path to follow,” he added.

He also touched upon the issue of early parliamentary elections, noting that Georgian Dream, by its own good will, would be ready to call early elections not only with 43% of the vote, but with even 53%.
Former US Ambassador to Georgia William Courtney said of the Georgian Dream decision to annul the April 19 Michel agreement: “On 19 July, Georgia in Batumi pledged ‘unwavering commitment to advance further the process of our integration into the EU’,” he tweeted. “Does quitting an EU-brokered political compromise undermine this pledge? Is Georgia retreating from EU ambitions?”

MEP Viola von Cramon, who was in Kyiv, flew to Georgia the same evening Kobakhidze made the announcement, to hold talks with the Georgian politicians.

Before flying, she tweeted the following: “To be fair, the biggest opposition party, UNM, did not even make an effort to sign this joint agreement with the EU. Both sides are playing a terrible political game on the backs of their citizens. All this does NOT help at all,” she wrote.

A leader of Giorgi Gakharia’s ‘For Georgia’ party, Beka Liluashvili, addressed both Georgian Dream and the United National Movement the morning following the announcement of the annulling: “You act with common interests today and this is clear to everyone! Stop your political fraud and stop playing with the fate of the state and our citizens!”

Gakharia’s teammate added that the government had ultimately announced that the interests of the state and the future of the country are determined not by democratic processes and the will of citizens, but by the will of the ruling party.

“Today, the ruling party informed us that the most important thing for them is the freedom of Melia and Rurua. A person accused of assaulting state institutions is a mayoral candidate, thus creating an image of an enemy for the elections, while the government does not see any other need for fulfilling the April 19 agreement.

“The UNM in turn confirmed that they had not signed the April 19 agreement because it was within the interest of the ruling party, a fact they needed as a basis to annul the agreement!” Liluashvili said.

“This political fraud took place due to the dramatic results of their internal party surveys, as they are faced with the reality that ‘For Georgia’s’ approval rating is growing. The fear caused by this reality led both sides to put their narrow party interests above state interests.

He went on to note that the ‘For Georgia’ party is continuing its country-wide campaign trail and that support is growing.

“Support is strong and growing, and it is with these citizens that we will reach an impressive result in the local elections, and then we will change the government,” he said.

Former Prime Minister of Georgia Giorgi Kvirikashvili named the annulment “a step towards extreme polarization and a significant setback on the path of development of Georgian democracy.”

However, he added, the biggest opposition force, the United National Movement, is also to blame.

“The decision of the Georgian Dream to withdraw from the April 19 agreement is a step towards extreme polarization and a significant setback on the path of development of Georgian democracy,” Kvirikashvili said. “The responsibility for this development lies primarily with the leadership of the Georgian Dream; however, the National Movement, who by refusing to sign the agreement allowed the ruling party to relinquish its commitments, is also responsible for the reality in which the country finds itself. 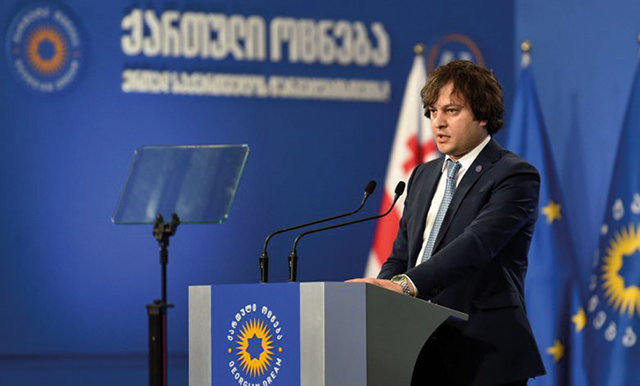 “Regardless of the plans and actions of this or that political party, it is the responsibility of the ruling party to create a positive agenda, fulfill its international obligations despite the actions of the radical opposition, and find a solution to the country’s development issues on both the internal and external stages,” he noted.

“Consultations with a number of political actors are starting in Georgia,” European Council President Charles Michel said in a statement on Thursday afternoon.

He says he met with President Salome Zurabishvili on Wednesday evening to discuss the current situation and EU-Georgia relations.

“I have taken note of the decision by the Georgian Dream as regards the 19 April Agreement,” Michel said. “This agreement continues to offer a European way towards building a stronger democracy and rule of law in Georgia in the interest of the Georgian people. I have equally taken note of United National Movement’s continued refusal to sign the agreement.

“I remain convinced that this agreement is the best way to advance a reform agenda which would strengthen the democratic institutions of Georgia and help bring about prosperity, jobs and growth – all much needed to benefit the people of Georgia.

“I see no alternative to continued in-depth electoral and judicial reforms, and free and fair local elections.

“I call on all parties to put the interests of the citizens first, and to commit to advancing Georgia’s political discourse within the framework of the country’s democratic institutions.”

He then appealed to other UNM representatives to stay in the legislature in order to complete the “procedures for the transition to a proportional electoral system. If this is done, the international community will see even more clearly what they are dealing with, and only then, after winning the referendum, will this parliament be dissolved and there will be the new legitimate parliament elected by the Georgian people,” Melia said.

The April 19 Michel Agreement
President of the European Council Charles Michel released a proposal for Georgia mid-April, aiming to put an end to the political stalemate which had seen the opposition protesting the results of the 2020 parliamentary elections and abstaining from entering Parliament. The proposal suggested electoral and justice reforms and the offering of a pardon for all violations and convictions stemming from the June 2019 protests.

Based on the mediators’ document, the persons assessed as political prisoners were to be released within a week of the signing of the agreement between the government and the opposition. In addition, based on Michel’s proposal, early elections should be called in 2022 if the Georgian Dream party gets less than 43% of votes in the local elections.

Opposition parties that signed the EU-mediated agreement with the ruling Georgian Dream party entered Parliament on April 27 to submit an amnesty bill, which President Salome Zurabishvili then signed.

Soon after, three MEPs, Marina Kaljurand, Sven Mikser, and Viola von Cramon-Taubadel, released a joint statement on the “resolution” of the political crisis in Georgia, calling on the remaining political parties and Members of Parliament to sign the agreement.

“We do believe that this proposal is politically balanced and places the needs and legitimate expectations of all Georgian citizens at the center of the debate. It offers a way out of the current political impasse and can help to reduce the political polarization that has poisoned Georgia’s political life for too long. The proposal gives fresh impetus to the consolidation of democracy and the rule of law, thus matching Georgia’s European aspirations,” the MEPs wrote.

“We solemnly call on the remaining opposition parties and individual Members of Parliament to show the same courage for the greater good of Georgia. For this political crisis to be totally and definitively behind us, we hope that the Parliament of Georgia becomes fully functioning in the nearest future, and ensures that the agreement is thoroughly implemented in word and spirit. The European Parliament remains ready to continue its close cooperation with the Parliament of Georgia by providing assistance, among others, via parliamentary electoral dialogues and mediation between the different political factions.”