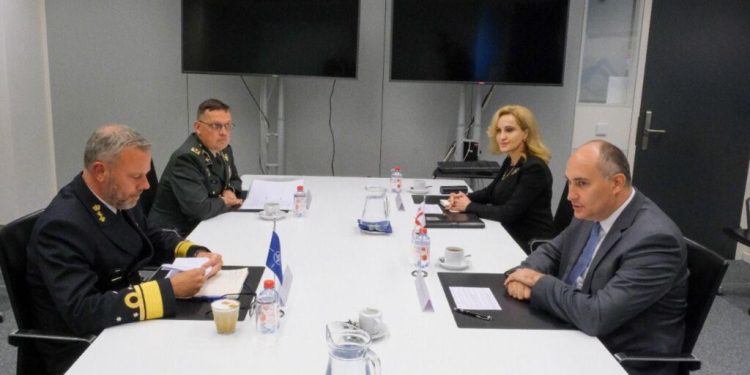 The Georgian Minister of Defense met with the NATO Military Committee Chair while in Brussels. Juansher Burchuladze expressed his gratitude to Admiral Rob Bauer for his unwavering support of Georgia’s aspirations to join NATO, as well as its sovereignty and territorial integrity.

As Minister noted at the meeting, the Georgia-tailored Support Measures Document, approved at the Madrid summit, assists Georgia in improving its defense capabilities and bringing its defense and security closer to NATO standards.

The conversation focused on regional security issues, Russia’s military actions in Ukraine, and Georgia’s concerns. Given the region’s security challenges, the Defense Minister feels that close cooperation with external partners is essential.