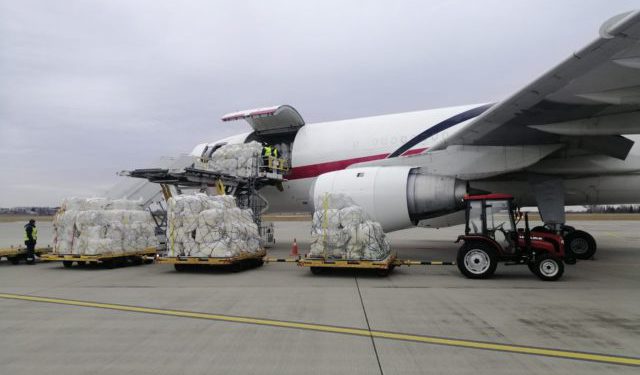 A statement issued by the airline reads that the flight arrived at Lviv airport.

“We are proud to have contributed humanitarian aid to Ukraine during such a difficult time.

“At the Lviv airport, we managed to deliver urgent humanitarian aid to the Ukrainian people.

“We stand by our Ukrainian counterparts and the entire Ukrainian nation in defending their independence, freedom and democracy,” Easycharter said in a statement.