Georgia Will Get European Perspective, So What Are We Worried About? 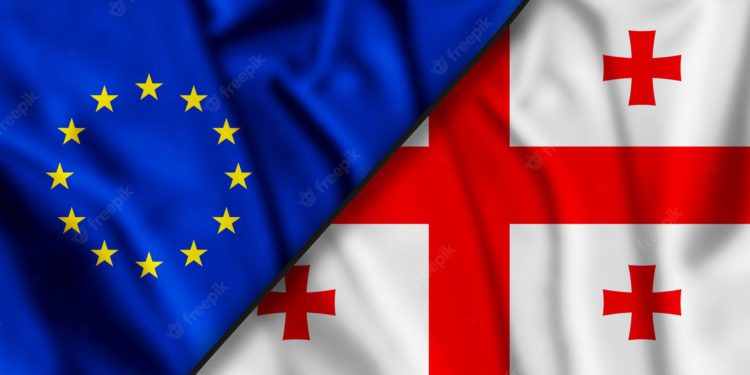 The potential candidate enjoys approximately the same privileges (financial package, political dialogue, participation in EU programs) as a candidate state. The “European perspective” means taking the path of institutional integration into the European Union. We do not have to worry about the fact that, based on the recommendation of the European Commission, we will not receive the status of a candidate immediately. The main question and concern is – is the country ready to fulfill the conditions set by the European Commission? If not, then the candidate status would not make a difference either, as similar conditions would be required to start accession negotiations, and if we were not to meet the demands, we would remain a membership candidate country for many more years, at best, or forever, at worst.

The reasons we were given lesser status

The reversal in terms of democracy, terribly damaged communication with EU institutions (quarrels with MEPs and calling them criminals, denunciation of the April 19 agreement reached through the mediation of the President of the European Council Charles Michel, rejection of a long-term soft loan from the European Commission (EUR 70 million) because we did not want to carry out judicial reform as a condition), severe political polarization in the country, strained relations with the Ukrainian government, publicly accusing the European Union of trying to drag Georgia into the war, meanwhile, the Russian state Duma praising Georgia, and more. Given the situation we are in, if not for the war in Ukraine and, consequently, the increased degree of “securitization” (emphasis on security) in the EU’s foreign policy, and the elevation of geopolitical priorities, our application for membership simply would not even be accepted. And this, despite the fact that we do not lag behind Ukraine and Moldova in terms of “approximation” (legislative approximation). According to the President of the European Commission, Ukraine surprised Europe with the efficiency of its state administration in the conditions of war, the high degree of decentralization, and the ability of local governments to make independent decisions. The European Commission President Ursula von der Leyen and European Commissioner Oliver Warhel said that despite many complaints against Moldova, the new leadership gives hope that the country will tackle all problems. With regard to both countries, it was noted that the European Commission trusts their governments and cooperation with them is not difficult. In our case, the European Commission has not expressed such an attitude.

What the future holds for us

Given the inconvenient facts above, we should probably be glad that in its recommendation, the European Commission did not exclude us from the process and instead chose to give us a serious chance to “improve” in a few months, earn candidate status, and catch up with Moldova and Ukraine. Do not forget that certain conditions were set for these two countries as well, and membership talks will not start with them until they are satisfied. So, if Georgia really has the ambition to join the EU, it can soon get the status of a candidate, even surpass these two partners, and get involved in the accession negotiations before them. 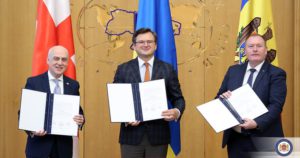 Dissolution of the trio

Due to the qualitatively different status of the partner countries, in theory, the “Associated Trio” would not have to disintegrate. We, as a potential candidate country, if this status is confirmed by the Council, will retain the usual opportunity to work with the other two partners of the Trio. The Associated Trio, in turn, is a format created for the cooperation of the three countries, and it had no legal link with the EU institutions and its policies. The cooling relations between the Ukrainian and Georgian governments are more worrying in this context. The future of the trio will be decided only by the desire and will of these three countries to cooperate.

Eastern Partnership or a New Format?

The founding documents of the Eastern Partnership, as well as the basis of this initiative – the European Neighborhood Policy – emphasize that this framework does not imply the accession of its partner countries to the EU. Accordingly, any project or form of cooperation under this policy is not intended to serve the goals of a partner country’s EU membership. It is easy to imagine that keeping Ukraine and Moldova in such a format would cause a lot of inconvenience not only to them but also to other participants of the format. It will also be necessary to change the relevant EU regulation adopted for the management of this format. The easiest way to solve this problem is to include Ukraine and Moldova in the cooperation formats for the Western Balkans (there are six formats in total) and use the pre-accession financial instrument- IPA III – as the financial instrument. However, the EU will have to increase funding for this assistance instrument, and this is likely to be through the transfer of part of the financial resources from the neighborhood policy instrument to IPA-III, as it currently has 7 beneficiaries – candidates and a potential candidate from the Western Balkans (6 countries) and Turkey. The IPA-III financial package for 2021-2027 includes €14.2 billion, while the part of the NDICI (Instrument for Neighborhood, Development, and International Cooperation) focusing on neighborhood policy countries (16 countries including the Eastern Partnership countries) is €19.3 billion. Thus, we cannot say that funding for candidate and potential candidate countries far exceeds that of the Eastern Partnership countries.

If Moldova and Ukraine, as candidate countries, are moved out from the Eastern Partnership format, they are likely to be offered access to the South East European Cooperation Formats, in which case Georgia should similarly be transferred in the same format since the other potential candidates are also members of these formats. However, such a change does not preclude the continuation of their cooperation in the Eastern Partnership format, as the former Soviet Union space is intertwined with many ties and interests. Because the nomination process took just three and a half months, no-one has yet thought about such practical issues in the new reality. In any case, we should not be afraid of being separated from Moldova and Ukraine, and to find ourselves in a format of accession characterized by a slower pace of integration with the EU. 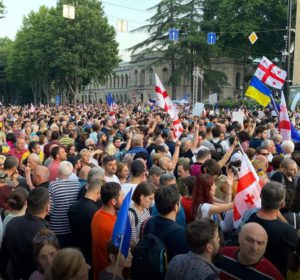 What has to be done now

At present, we see this as the only way to reach the goal. This is a peaceful and effective way to prevent the country from facing confrontation and destabilization, in which case only Russia will be a winner, and this may be the only victory in the region for the latter.