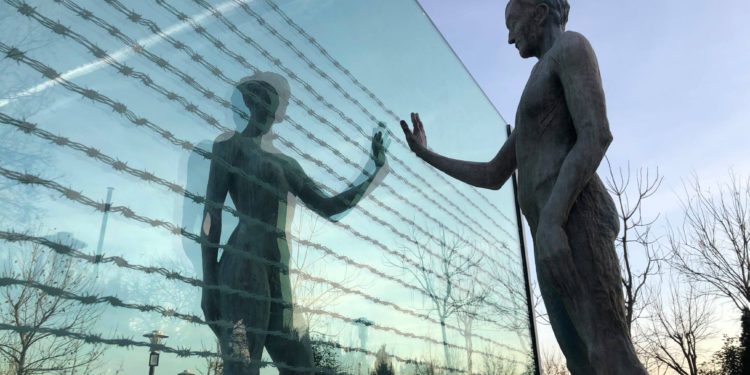 A memorial dedicated to victims of Russia’s ongoing occupation of Georgia’s two regions has been erected in Tbilisi’s Ponitchala district.

Entitled ‘Memorial to the Victims of Occupation’, the sculpture created by Irakli Tsuladze depicts two bronze figures, male and female, separated by a multi-layer glass barrier.

Tsuladze told the news agency GHN that working on the installation was both emotional and interesting for him.

“In my opinion, this is a distinguished memorial. Two people stand on different sides of a fictitious border. Woman and man, epitomising the mainspring of existence. The theme of occupation is important and very emotional for our country.”

But it’s not just about the occupation; it’s a global theme, a separation of love brought on by an invisible wall and barbed wire. This is an allegorical work”, said Tsuladze.