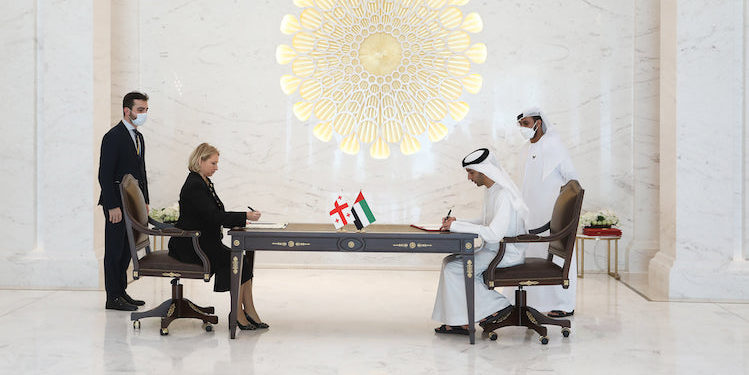 Georgia and the United Arab Emirates (UAE) signed an agreement on starting free trade negotiations. The document was signed by the Minister of Economy and Sustainable Development Natia Turnava, who is on a visit to Dubai as part of ‘Expo 2020 Dubai.’

According to Natia Turnava, the talks will continue next year. The Minister hopes that the negotiations will be successful by the end of the year.

She noted that despite the pandemic, the trade turnover between Georgia and the United Arab Emirates is growing, but the interest is much greater and the agreement on free trade will help increase Georgian exports to this country and this region.

“These are agricultural products, fruits, vegetables, meat products, mineral waters and many other products that we can supply to the market and there is great interest. It is also important that the United Arab Emirates is the first country in the region to join the 46 countries with which Georgia already has a free trade agreement, and that will benefit both countries,” the Minister added.