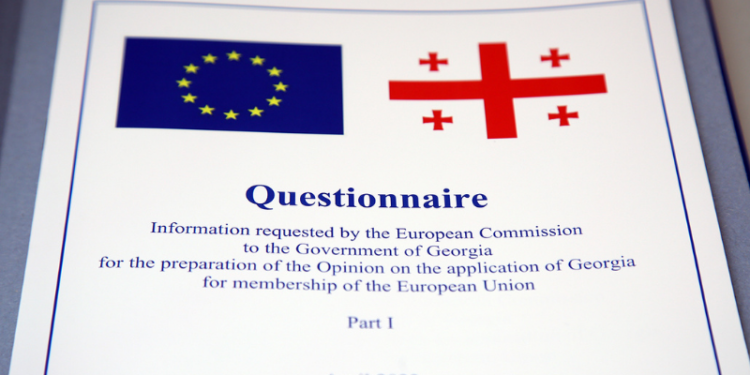 The first part of the questionnaire handed over by the EU has been completed by Georgia and the government will submit it to the European Commission on Monday, Minister of Foreign Affairs Ilia Darchiashvili stated.

“Together with the Prime Minister, we discussed the issue of preparing a questionnaire within the commission today. The first part of the questionnaire was completed with the very active involvement of all government agencies, a lot of work has been done and the Government of Georgia will hand over the first part of the questionnaire to the European Commission on Monday, which was given to us for processing. The last part, the sector part, which is more technical and specific, has about 2300 questions. All government agencies have started working on this document. The deadline for sharing this document with our European partners is May 13, and we will do our best to complete it as soon as possible and share it with our European partners. A decision was made today that the sectoral part of the questionnaire will be made public today,” Darchiashvili said.

Ilia Darchiashvili noted that the government will not publish the answers to the self-assessment questionnaire for EU membership.

“We had no obligation to do so, but due to high interest, we published part of the questionnaire. Regarding the answers, there are the issues the disclosure of which is not desirable and expedient,” he said.

The self-assessment questionnaire was handed over to Georgia in Luxembourg on April 11.