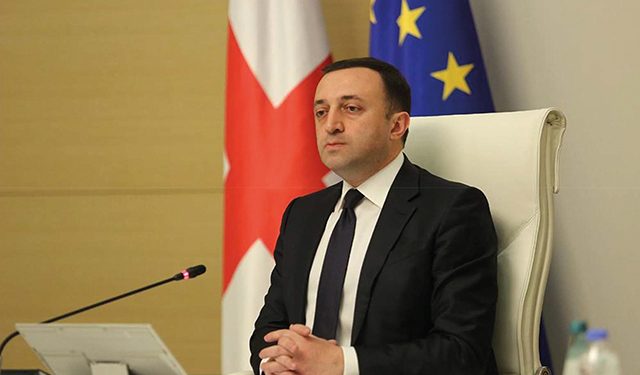 Adorning lamp posts, emblazoned on Metro station walls, and adhered to the entrances of apartment buildings are stickers all promoting the popular movement towards European Union integration. “We Are Europe,” “Move Towards Europe,” and similar phrases echo the chants of thousands who recently gathered outside government buildings in support of advancing the membership pursuits of the nation.

Despite what seems to be a groundswell of popular support, observers have noted a lackluster approach by some in the ruling government. Conversely, leadership in the government have said many of these critics are undermining Georgia’s journey Westward. The infighting appears to have created a schism between the United States and Europe, and Tbilisi.

As the upcoming EU-Georgia Association Council meeting on September 6 nears, authorities in Brussels have expressed their disappointment with progress in the country. “Georgia continues its reform path under difficult circumstances,” Josep Borrell said in an official statement. “As Georgia embarks on the new phase of its relations with the EU, with its European perspective, Georgia needs to take a responsible and conscientious approach that matches its stated objectives and its citizens’ aspirations.”

Borrell, who chairs as the High Representative of the European Union for Foreign Affairs and Security Policy, had his points echoed by Commissioner for Neighborhood and Enlargement Olivér Várhelyi. The Commissioner says “the ball is now in Georgia’s court” and a “serious commitment to democratic consolidation, judicial reforms, strengthening the rule of law as well as the fight against corruption and organized crime will be key.”

This latest round of statements shakes Georgia’s chances at EU membership as the country treads a tenuous line between Moscow and the West. Despite this, ‘Georgian Dream’ leadership have stood by their statements, with the Chairman of Georgian Dream saying that “We have been carrying ourselves with dignity throughout this period.”

The political sparring could cause a significant rift between Georgia and its Western backers. Authorities in Brussels and Washington D.C. have expressed concern, mirrored by many of Georgia’s citizens, that the country is backsliding. Rather than respond to these claims, much of Tbilisi’s leadership has acted defensively.

Will this fracture relations with Europe and the United States?

Frankly, it very well could, but is unlikely in the short term. Georgia’s saving grace is its strategic importance concerning Russia. Maintaining a close ally in the South Caucasus is imperative for NATO militarily, and for the EU economically.

Keeping Russia’s presence in the region in a state of uncertainty by having a military bastion benefits NATO. Russia’s forces in Armenia and occupied Georgia have long been an unmovable chess piece in the larger Eur-Asian geopolitical board. The deployment of a peacekeeping force in Nagorno-Karabakh only expanded this.

Georgia’s military has gone through multiple recent reforms. Its proven service in NATO operations and adherence to common doctrine makes it a reliable ally alongside the alliance. For Brussels, it is a valuable counterweight against Russian superiority in the South Caucasus. Additionally, its valuable intelligence community gives insight NATO might otherwise go without.

Economically, Georgia plays an important and interesting role. While the nation’s exports are not a heavyweight, it does have several key natural gas pipelines. With a significant portion of gas for Europe shifting from Russia, countries like Azerbaijan and Kazakhstan have used Georgia’s transit system.

With more European countries pulling away from Russian gas supplies, these pipelines will become exponentially more important. Georgia’s leverage as a partner on these pipelines gives it more weight when engaging with the Union. This, combined with the immense popular support for EU membership in Georgia, makes it a seemingly prime candidate for inclusion.

However, statements from the government appear to be perpendicular to this popular opinion. When EU Ambassador to Georgia Carl Hartzell announced his retirement from the post, the chairman of the ruling political party commented in a way that seemed to attack the long-time ally of Georgia and promulgator for European inclusion. Irakli Kobakhidze claimed Hartzell “played only a negative role in the relations between the European Union and Georgia.”

This has been replicated by a new group of former Georgia Dream politicians targeting the United States ambassador. “Popular Force,” a new movement composed of former Georgian Dream party MPs, claimed US Ambassador to Georgia Kelly Degnan was attempting to “inflame polarization” and coordinate with the “radical opposition” to target the government.

“When the US Ambassador does not distance herself from the politically motivated pressure on the judge, the attempt to discredit the Government and the unsubstantiated allegations about informal governance, the rhetoric of war, and conceals information about the content of the meeting with Bidzina Ivanishvili – all this, of course, reinforces people’s belief that the radical agenda of the radical opposition is coordinated by the Embassy,” their statement read.

The Ambassador responded saying that the “accusations…are reckless conspiracy theories that have no basis in truth.” She claimed they were statements against her and other western partners who have “done nothing but tried to help Georgia for 30 years along its European path”.

This schism frustrates many that see inclusion in European social, economic, political, and military spheres as a safe haven from Russian aggression. It is unclear what motivations lie behind these statements against allies of the country, and both individuals and organizations that have invested immensely into the nation. However, it is almost certainly unhealthy in the political discourse and only serves to please the Kremlin to see fireworks between would-be friendly nations. The seeds of discontent only further Moscow’s agenda.

With the upcoming status meeting with EU officials, Georgia has little to show for its claims of preparedness for membership. Continuing issues with the rule of law, governance and human rights, and fighting corruption and organized crime have been noted by Europe’s senior leadership. “Georgia is failing in key areas on its reform path,” Josep Borrell stated ahead of the September 6 conference.