Georgia: Stuck in the Middle of Nowhere 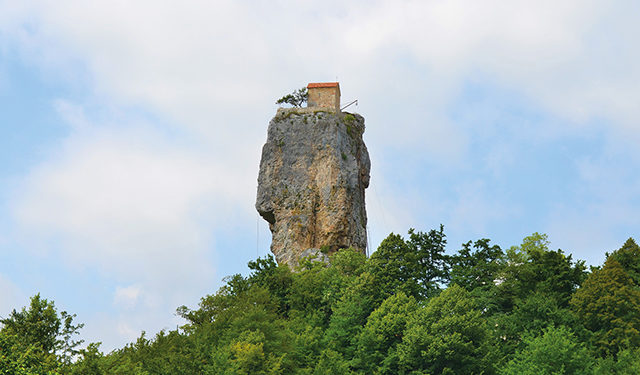 A lot of people say that Georgia didn’t need the change brought by the revolutionary metamorphosis of the soviet rule, but this doesn’t necessarily mean that they’re right, although there might be a certain amount of truth to that unpopular way of thinking. Georgia acquired national freedom and political independence as a result of the soviet demise, but it lost one third of its territory too, so where is the win? The win might be frozen in the future, or it might not be in existence at all. So where are we right now? Nowhere! That’s the deplorable answer, and Georgia, please don’t be offended!

We have the United Nations membership, but we are not shining too brightly on the world map; we are seemingly membership candidates in the EU, but we are not very conspicuously positioned in its backyard; we are one of the avidest aspirants to NATO, but we are not very openly taken as the subject of its defense from our number one enemy; we are definitely a peace-loving nation with an obvious propensity to create a high-quality life in this land, but we are also belligerent revolutionaries, poised to ruin in a second what we’ve been sweating over for years; we are one of the youngest democracies in the world, but we’re also the oldest seekers of a truly democratically organized electoral system; we are one of the most apparent western allies, but we happen to be Russian soothers too, for whatever reason this might be true; we are geopolitical players at an international level, but meanwhile are being looked at as a nation who needs foreign diplomatic assistance to manage the country’s internal affairs; we think we’re part of western civilization with every feature of genuine Christendom, but we are quite deep into oriental ways and habits too; we are not the richest people of the globe, but we are at the same time the claimers of the highest standard of living in general; we manifest modern aspirations in every imaginable way, but we sometimes demonstrate medieval inclinations in human relations; we are the eagerest social networkers in the world, but we’re also the worst gossiping wasters of our time on the internet of no use and exploit; we are a nation of unbelievable cultural elevations when it comes to singing, dancing, acting, painting, sporting and cuisine magic-working, but we are also the most malicious polluters and distorters of our Mother Nature; and finally, we are the people who want and aspire internally to be on top of the world, but we also have the habit of hitting the bottom when it comes to organizing our social and political life so that our best sides come into action and the worst ones are backed away from.

As such, it shouldn’t be awfully surprising to find ourselves in the middle of nowhere when suffering from so many contradictory proclivities, spiritual disturbances and political discrepancies. I wish my pain-driven thoughts were not completely true, but digging deeper, I come to believe that thoughts like this might very well be the explanation of our 30-year skidding in the mess of the same color and content. I understand the raised eyebrows at these words but, excuse me, I will never believe in progress within a nation’s life unless the nation has acquired a skill and capacity to feed itself independently from others, totally defying the hat-in-hand style of survival. I don’t believe in this cosmic-size interminable politicking, whether assisted from outside or internally governed, like I don’t believe in a man who is not capable of keeping his family independently from others after he has ventured to get married and be called a man.

That’s why I am saying without any remorse or pang of conscience that we don’t quite clearly know where we are right now.