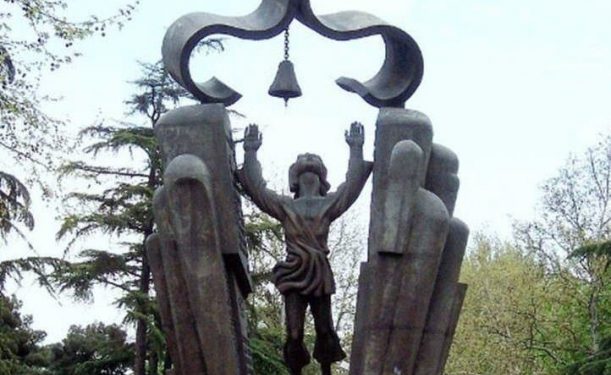 A special monument erected in Deda Ena Park in Tbilisi

The Day of Mother Language (Deda Ena) was celebrated in Georgia on April 14, as it has been annually since 1978.

In 1978, the new constitution adopted by the Georgian Soviet Socialistic Republic deprived the Georgian language of state language status. It was a decision that sparked large-scale protests.

Participants of the resulting peaceful rally on Rustaveli Avenue on April 14 demanded legitimacy for the Georgian language to be named the state language. The government conceded and Georgian was declared the mother tongue of the state.

A special monument was later erected to honor the day’s events, in what is known even today as “Deda Ena Park” on the riverbank.

The Georgian language, described as a “living culture of three writing systems”, is included on UNESCO’s Intangible Heritage list.