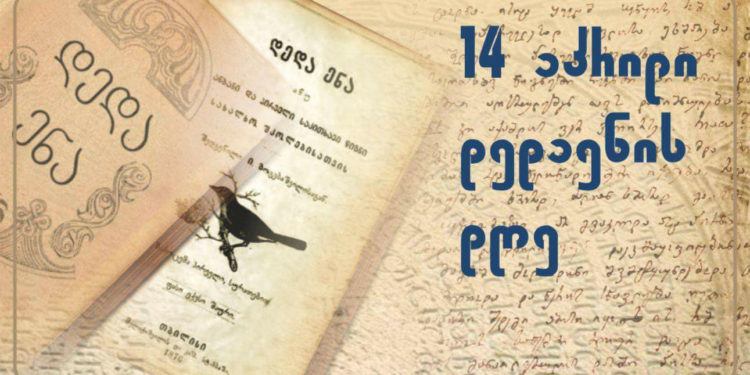 “Language is one of the main signs of national identity. The Georgian language combines the originality of Georgia, historical memory, patriotic spirit, and our national self-consciousness. For our nation, language is a value that has always been uncompromisingly defended and collectively symbolized by 14TH April 1978 – The day of the State Language fought by the people under an authoritarian regime. Our victory preserved the state status not only of Georgian but also of the languages of other republics,” stated Primer Minister of Georgia, Irakli Garibashvili.

He noted, that this year, Georgia celebrates the Day of State Language fairly differently. The ten-year program of the state language approved by the Government of Georgia establishes new goals required for the full functioning of the state language and conditions that are created to achieve this task. The ten-year strategy will contribute to the improved fulfillment of the functions defined by the Constitution of Georgian and Abkhazian languages, as well as the protection of the Kartvelian languages, research, and development of language technologies.

“It is the duty of each of us to treat language with special respect and to preserve, develop and pass on to our future generations this true treasure,” added Garibashvili.