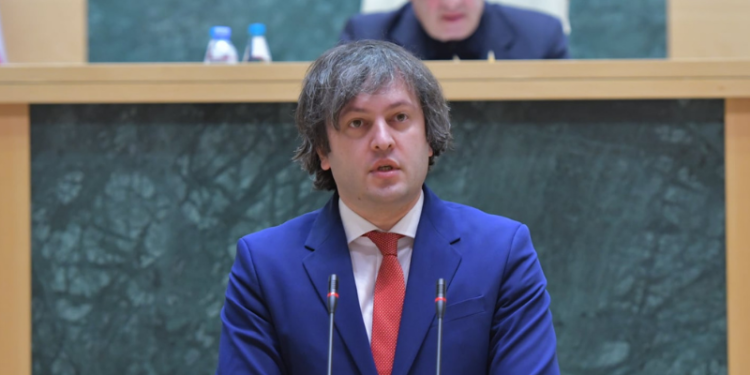 The Chairman of the Georgian Dream, Irakli Kobakhidze, responded to the statement of the US Embassy on the abolishment of the State Inspector’s Service, saying it was “wrong and unfair.”

This is the first assessment by high-ranking officials of the Georgian Dream on the statement of the US Embassy released yesterday.

“We have 30 years of very successful cooperation with our partners. Often, we receive advice from them and take it into account, and unfortunately, there are exceptional cases when we hear unfair and incorrect assessments from them, and this is an example of this.

“Unfortunately, such statements shake the confidence of Georgian society towards its Western partners, which is not good and we should not allow it. Of course, we know there is human error, misinformation, and so on. But, of course, for the public, this is neither an explanation nor a justification. Therefore, it is important for us to properly inform the public.

“The statement was totally unfair. There are inaccuracies, including factual, and technical errors. This is very unfortunate and of course, it all has to do with human error. Among them is the fact that there is talk of termination of service – which is wrong. No service was abolished, in fact, a specific service was divided into two parts. On the contrary, the powers of this service as a whole have been expanded,” Kobakhidze told reporters.

Asked what could have been a “human error” and what he meant by it, Kobakhidze said it might have been incorrect information provided by an employee. However, he would not go into more detail because he did not have “accurate information.”

Kobakhidze also added that Georgian Dream is ready to communicate with the US delegation on any issue, as “They have received a lot of very important advice from them.”

On January 3, the US Embassy in Georgia issued a statement criticizing the Georgian government for abolishing the Office of the State Inspector and amending the Common Courts Act.