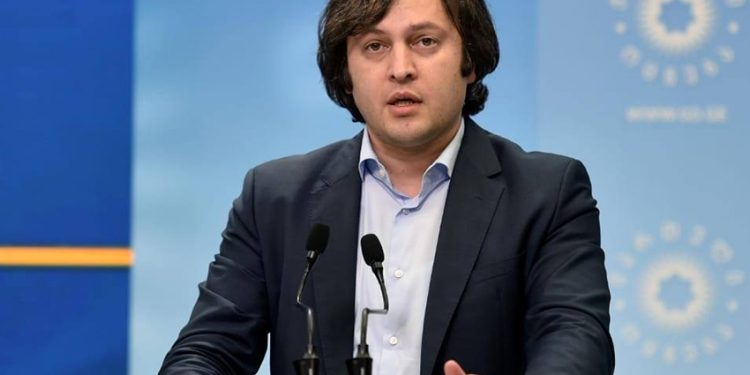 “The authors of the xenophobic campaign have nothing to do with true Georgian and European values. Xenophobia and chauvinism have never been and will never be a part of Georgian culture,” Chairman of the Georgian Dream – Democratic Georgia party, Irakli Kobakhidze said at a briefing today.

He called on everyone to distance themselves “from the anti-state and discriminatory campaign, the sole purpose of which is to turn Georgia into a second front.”

Kobakhidze claimed that the United National Movement (UNM) and its satellite parties, certain media outlets and “rich” NGOs lead a xenophobic campaign against Russian citizens in Georgia. According to the campaign, he says, there is an unprecedented number of Russian tourists that poses a serious risk to the country’s sovereignty and security.

“This perception is formed traditionally by harsh forging of facts,” Kobakhidze said. He added that authors of the “xenophobic campaign” had nothing in common with Georgian and European values.

“Their calculation is simple – the xenophobic campaign should incite aggression against Russian citizens, which should lead to escalation and incidents. All this serves only one purpose – to somehow involve Georgia in the military conflict. Georgian Dream condemns the xenophobic campaign, which harshly contradicts the Constitution of Georgia and international legal acts on basic human rights and freedoms,” Kobakhidze said.

The GD Chair remined society that dragging Georgia into the military conflict, much-wanted by the “war party UNM” and its partners would bring the gravest outcomes for Georgia and the Georgian population and that the government would do its best to avoid the war.