Business Insider: Gazprom Plans To Sell Gas to China in Both Rubles & Yuan To Shift Away From The Euro 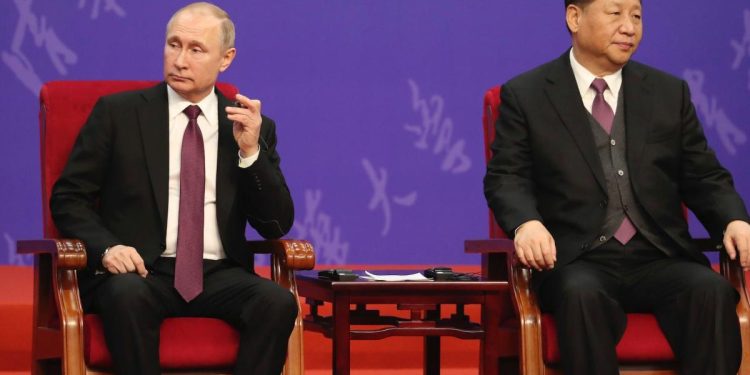 Gazprom said Tuesday the company will move payments for gas exports to China away from euros and shift to rubles and yuan.

Russia has swiftly moved away from the euro and dollar since the Kremlin’s invasion of Ukraine, with President Vladimir Putin demanding that countries receiving Gazprom flows in Europe pay in rubles to circumvent Western sanctions. When buyers refused, Gazprom shuttered flows.

In addition to China, Russia is also using rubles for gas payments with Turkey, which has not sanctioned the Kremlin. The shift to rubles with Turkey won’t take effect immediately, according to Bloomberg, and two-thirds of the shipments will be paid for in euros and dollars.

“Russia’s increased trade with China has helped boost domestic demand for the yuan. Russia is now the third-largest market for yuan transactions outside the Chinese mainland as Western sanctions block payments using the dollar and euro.

“Russia has already taken payment for its oil exports in yuan instead of the dollar, which is the primary currency for most commodities. Russia has also accepted the yuan for coal shipments. And in March, Russia’s central bank said it would use the yuan in its currency reserves,” reports Business Insider.