Gakharia: I’m Grateful to President for Showing Citizens’ Will 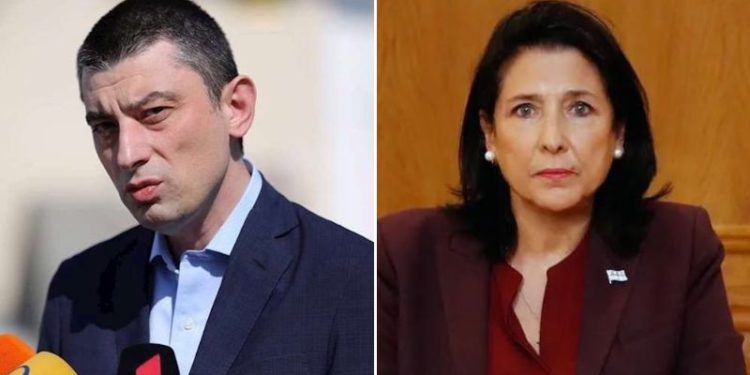 Ex-PM Giorgi Gakharia thanked President Salome Zurabishvili for the statements she made during her annual speech to the Parliament.

“I am grateful to the President of Georgia, Salome Zurabishvili, for her leadership during this difficult period for Georgia and its future. I am grateful for her showing the will of the citizens of Georgia and for the restoration of national self-esteem,” Gakharia wrote on Twitter.

Grateful to the President of Georgia @Zourabichvili_S for her leadership in this challenging times for #Georgia & its future. Grateful for representing the will of Georgian citizens & restoring national self-esteem. Once again, its time for unity around national interests of 🇬🇪.

“I declare once again, the time has come for unity around Georgia’s national interests,” said the leader of the For Georgia party.

Speaking in parliament on March 14, President Zurabishvili made a number of critical statements about both the ruling team and the opposition.

She criticized the Parliament and said that society today is more adequate and conscious than the MPs.

Zurabishvili claimed that she was refused official visits to European capitals by the local authorities.

“The government sins when it does not dare to express what our history and dignity dictate,” she said.

She appealed to her Ukrainian counterpart, Volodymyr Zelensky, to return the recalled ambassador from Georgia.

“Today, from this tribune, I address my colleague and friend, the President of Ukraine, Volodymyr Zelensky, and ask him to return the ambassador so that the connection between the two nations, in these difficult times, can be fully strengthened and closer and more unwavering,” the President noted.