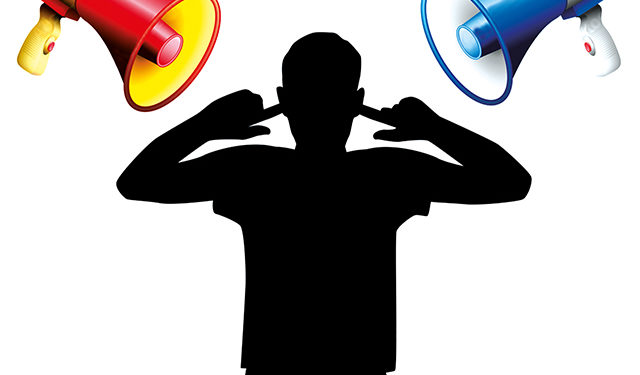 If only it were possible to guesstimate all our gains and losses resulting from the inadequate and pernicious political confrontations that have taken place in Georgia over the last thirty odd years; something that interminably gnaws at the nation’s nervous system. The cursed process never stops, seemingly as endless as the universe itself. And what’s most regrettable: it doesn’t help at all. Vice versa: it halts the development instead of promoting the nation’s future.

These torturous thoughts will likely reach the foreign audiences made up of diplomatic corps, representatives of various bodies accredited in Tbilisi, Georgia’s friends in general and, of course, our compatriots living abroad. As a result, they may well lack particularly complimentary thoughts about the ongoing good and bad here. Yet, the hope is that these judgments will be properly understood and taken to heart. Nobody wants to let wrong impressions form of Sakartvelo. On the other hand, nobody has a desire or intention to lie about the situation in the country, so that those who are not indifferent towards Georgia’s fates are prepared accordingly in order to make appropriate decisions in favor of the Georgian people.

What might be the deep-seated reason behind such politicking in this country – vain, fruitless, unintelligent, ambitious, unduly vociferous and full of venomous grudge? There might not be just one, but several reasons, such as the insatiable hunger for truth and freedom in the wake of the long-tolerated and now-demolished soviet socialist way of life; the latent potential of politics, usually in developing countries, to promote personal wellbeing; the revolutionary character of the Georgian people, which was tightly bridled in the soviet era and has now been unleashed; the absence of opportunity to keep oneself busy by being involved in the money-making process; the chronic poverty and social misfortunes of masses that have never been eradicated completely; the predominant feeling that the people involved in those vicious political clashes are not the scions of the same land and culture; the ever-present public division on the issue of preference between the east and the west, not recognizing that home is truly best; the lifelong confusion of conservative and liberal sentiments as modern tools for the civilized struggle between opinions, etc. – the etcetera because the list might never end!

The current political struggle in Georgia seems like the end in itself, like a deliberately assumed obligation, professional occupation, way of survival, passion, endeavor and aspiration, all without the recognition and appliance of the universally accepted concept that any political fight is good only when it benefits the people, on whose behalf, at least verbally, the politicians wrestle. Consequently, such a massive and vehement involvement in political confrontations is distracting the nation from the main purpose of producing the necessary goods for survival, instead focusing the people’s energy and attention on what the infinite struggle might result in, playing out as if it is not real life, but a movie about somebody else, not us.

A naïve but still thoughtful rank-and-file in the street might wonder what the dwellers of those cozily sheltered and comfortable offices of foreign accredited bodies in Tbilisi, meant to improve life here, are doing and think of the entire thing – just looking at how this country and its innocent people are being whittled down to nothingness in the hands of those militant politicians who want to hear nothing except their own, already hoarse and raucous voices. No, they don’t mean to blame anybody for the drawbacks and weaknesses of the self-wronging Georgians. But they may be wondering if there is a way to start schooling this generation of politicians in elementary things, like the theory and practice of “turn the other cheek”, or the fleeting character of life itself: that in just one brief tick, all of today’s raging political animals, listening to whom the electorate is terribly tired, will disappear, and a totally different species of will come into the realm of politics to take good care of this wonderful land.