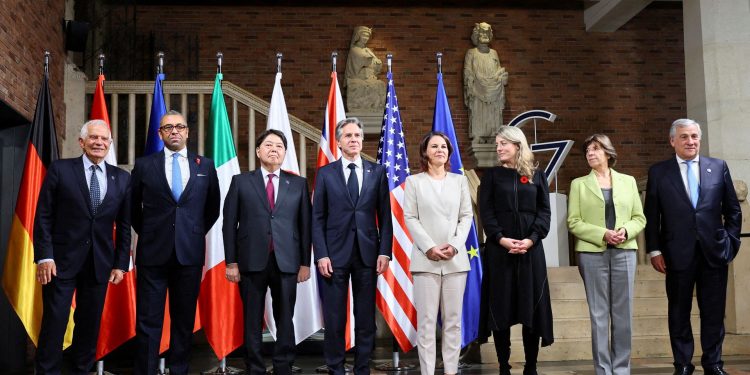 The G7 nations and Australia tentatively agreed to set a fixed price for Russian oil at the end of the month on November 3, 2022, reports Reuters.

“The Coalition has agreed the price cap will be a fixed price that will be reviewed regularly rather than a discount to an index,” a coalition source who was not authorized to speak to the media told Reuters. “This will increase market stability and simplify compliance to minimize the burden on market participants.”

Although the initial price hasn’t been decided upon, numerous reports indicated that it will be in the upcoming weeks. Without going into greater detail, Reuters stated that the coalition partners had agreed to assess the set pricing on a regular basis and make adjustments as necessary.

The source continued that setting the price as a discount to an index would have produced excessive volatility and significant price swings.

A second source from Reuters with knowledge of the conversations claimed that the coalition was concerned that a price that fluctuated and was anchored below the international benchmark Brent may allow Russian President Vladimir Putin to manipulate the system by decreasing supply.

“Putin could benefit from a floating price system because the price for his country’s oil would also rise if Brent spiked due to a cut in oil from Russia, one of the world’s largest petroleum producers. The downside of the agreed fixed price system is that it will require more meetings of the coalition and bureaucracy to review it regularly,” the source from Reuter said.

The price ceiling, which will take effect on December 5 for crude and February 5 for oil products, is intended to limit finance to Russia without reducing supplies to consumers, based on US Treasury Secretary Janet Yellen and other G7 officials. Russia has declared that it will stop supplying oil to nations that impose price limitations.

Treasury and the embassies of coalition members, which include the G7 wealthy nations, the European Union, and Australia, were unavailable for comment right away.