Future of Russia and the South Caucasus 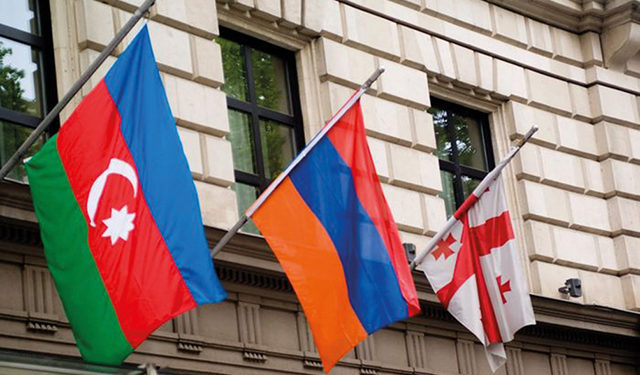 As signs of a tentative ceasefire emerge amid Russia’s invasion of Ukraine, several broad scenarios of future Russia can be discerned. The South Caucasus will be directly impacted heavily by whatever path Russia takes.

Russia is in a transitory period. It has now officially re-entered an imperial mode. The invasion of Georgia in 2008 and the subsequent occupation of Abkhazia and South Ossetia, along with the annexation of Ukraine’s Crimea in 2014, were still not seen as Russia bent on building a territorial empire. Many even mocked the idea when the Russian leadership was accused of rebuilding the Soviet Union.

The brutal war on Ukraine launched in February changes everything. Russia is now re-building an empire, and the idea of empire for the Russian political class is about controlling territory if it does not achieve Ukraine’s and Belarus’ near total alignment with Russian interests. This is what is happening, and the invasion of Ukraine will reshape Russia’s future both internally and foreign policy wise in a most unprecedented way.

The most likely scenario is the emerging concept of “fortress Russia”. Seen as besieged by the collective West, the Russian political elites will be witnessing the struggle exclusively through historical terms. European invasions of Russia in 18th-20th centuries will be regarded as a precursor to what Russia is facing now through sanctions. This Russian thinking is both dangerous and incorrect in many ways; dangerous, because it brings Russia’s near total isolation, which endangers the economic development the country has achieved since 2000s. In a way, Vladimir Putin’s ability to rule was largely based on the social contract of him providing general stability and the population being relatively content as opposed to the chaos of the 1990s. Diluting this advantage will hit hard at the pillars of his and security apparatus’ power.

Thus comes a long period of Russia’s economic decline, but one where what I would call “de-Westernization” of Moscow’s foreign policy will take place. The Kremlin will be increasingly detached from the collective West, with greater incentives to look to Asia. What could have been seen as a positive development years or even months ago, after Ukraine, invasion Russia’s Asian pivot will be a forced one, where Moscow will become ever more dependent on China, India and others.

Yet another alternative for Russia would be the pursuit of autarchy: not impossible, but an increasingly difficult task to carry out. Even then, however, the decline of Russia as a power will only accelerate. Autarchy would, however, mean a steep impoverishment and declining ability to project power abroad. Moreover, to carry out the autarchic scenario successfully would be impossible without establishing totalitarian control inside the country. Putin’s rule has been increasingly repressive, but it has hardly reached the level the Soviets achieved in the 1930s-1950s. In other words, Russia has fewer resources, and the government, be it Putin or his successors, wield less economic and military might to dominate as decidedly as the Soviets did the lives of ordinary people. Autarchy and isolation without total control over the population is an impossible task.

The third broad scenario could be Russia falling into chaos. Chaos is an integral element of Russian history. A series of crises resulting in a full breakdown of the entire edifice of the Russian state took place in the Rurik, Romanov and the Soviet periods. Those were followed by either relative or complete regeneration of Russian power, but it usually took decades to achieve. This cyclic history is peculiar to Russia, and we indeed might be entering a period of one such Russian decline. Or rather, we should see it as a continuation of the breakdown of Russian influence following the Soviet collapse. Yes, under Putin, Russia’s power grew, but he did not change it fundamentally, rather merely slowing the process down.

Over the long term, the period of 1991-2022 could be seen in the future as a continuous diminution of Russian prestige and power and the Russian political elite trying to reverse it by invading neighboring countries.

What could these scenarios mean for the South Caucasus? The highly fractured region where Russian influence is maintained exclusively through military instruments will feel firsthand the reverberations from Russian decline. The decline, however, will not necessarily mean rapid withdrawal of Russian forces. On the contrary, Moscow could exacerbate the security situation in the region in order to increase its relative position vis-à-vis the collective West or the regional powers, Turkey and Iran.

Even if the contours of Russian withdrawal from the South Caucasus emerge, the drawdown will not be smooth. Too many conflicts would serve as a reminder of how Russia maintained control of the region and how it would strive to retain its major position.

These are broader scenarios of what might await the region amid the fundamental changes Russia is presently experiencing. And as all three South Caucasus states fear Russia’s total victory in Ukraine, this could close the region to the collective West. Though poor, Russia will nevertheless be able to further isolate the Black and Caspian seas and the space in between. This explains why Armenia, Azerbaijan, and Georgia have been cautious in their approach to Russia’s invasion of Ukraine. Each state loathes Moscow’s influence and fears what a victorious Russia could have in store for the region, yet there is little the three states could realistically do, as the West seems unwilling to commit militarily to the defense of the South Caucasus. The region is not as important as Ukraine, and much depends on what future relations between Washington and Ankara will be.