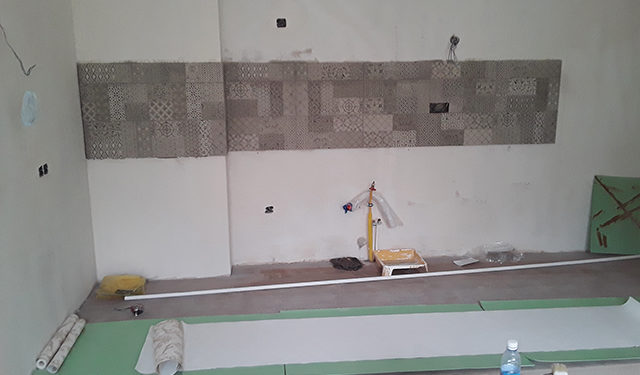 Of course, if you actually did make a 1:1 scale map of any place, it would by definition be the same size as the original and potentially contain all of that location’s visible features. At least, all that you wanted to depict on the map. Sometimes, though, such mapping has its place. Particularly when you don’t need to fold the thing up and pocket it, but you do need to display only certain features, not every speck and hair-thin wrinkle. Aside from downscaling, mapping is usually about what you leave out as well as what you put in.

I’m sent to Tbilisi while my wife handles the house and shop in Svaneti on a week of school holidays. My ongoing mission: to oversee the renovation of our new flat, which we bought in an unfinished state in a new building. We now have my chosen wallpapers and floorings in place, so it’s come a long way, and so far looks pretty good. The ceilings are all done, bathroom about 90% finished too, doors to the balcony installed. Next on the list: electrical outlets and switches everywhere, buying of furniture and appliances, hanging of curtains, the carefully described and measured kitchen arriving a week or so from now.

Change the lock too, we were strongly advised, because its keys have been through too many hands by this point. We don’t distrust anyone, but if anything was stolen, the police would want to know everyone who had had access to keys! This is logical, if uncomfortable for all involved. 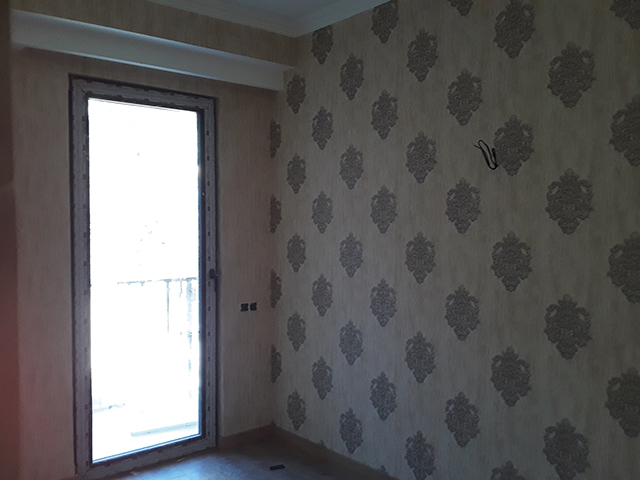 It’s not a huge place, but big enough for the two of us eventually to retire to when living in the mountains gets to be too much, which it eventually likely will! (See the last 10 years of my writing for GT for details of both the joys and the struggles.) I have to be careful to fit things in, and I’ve decided that the best way to accomplish this will be to lay masking tape lines on the floor outlining my proposed furniture selections. That’s tomorrow.

While I wait for the delivery of the fridge/freezer and washing machine, I will be taping the floors in all rooms except for the bathroom. Beds here and there, cupboards, sofa-bed, coffee table, dining table and chairs. What else will fit? A small computer desk? I need to have more than the diagrams and measurements I carefully made in my notebook. I must be able to walk around and between the items of furniture to see what space for movement there is.

I might, if clever enough and having enough time, be able to draw the whole thing in a realistic enough 3D architectural program, moving to-scale pieces until I knew what could go best where in which combinations and sizes. There has to be a tradeoff between empty space and filled, between maximum usefulness and not feeling cluttered or claustrophobic. Being that I have enough time for tape work but not for The Sims, I am choosing this compromise way to give me peace of mind and enough certainty to then return to the Saba furniture center just above Didube Metro and start laying the cash down. They deliver and assemble for free in Tbilisi, which really helps when I have neither car nor much DIY patience with me.

I’m not really making a full-scale map, though, It’s more like adding lines to reality. I’ll take photos if I have to, or add the same lines in my non-proportional but close-enough notebook drawings. In any case, being solely responsible for all of this, released by my trusting wife after a dry run on our big Svaneti house some years ago, the process will let me sleep at night instead of worrying over possible wrong choices which will be very hard to undo. In English we say measure twice, cut once; the Georgians make it a hundred to one, but it means the same thing. You can’t uncut, you can’t unscramble an egg, without a miracle!