From Here, Where: Etseri, Svaneti 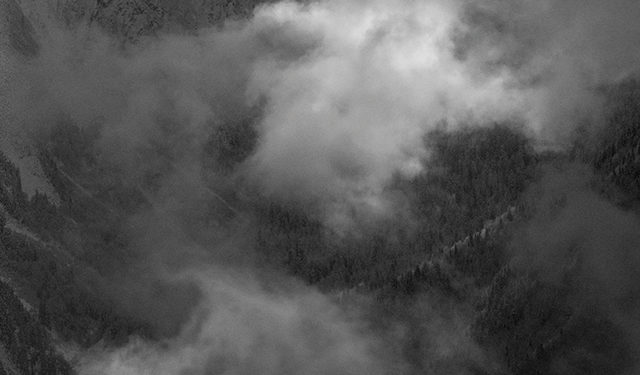 It’s been just over a year since The Virus began dominating the scene, creeping up from mildly concerned reports of a new disease in a single Chinese city to the worldwide monster it is today. Even my relatively isolated village of Etseri has had its handful of cases; even I have been infected! (Mildly, in December, my wife not, and over it now.)
Of course, we are not an island; and anyway, being an island would not have saved us, as nowhere is cut off enough from the rest of the planet to have remained untouched.
The new “mildly concerned” is about the new strains mutating (as viruses do). Will they be more deadly; of greater concern, because more dangerous, will they be more infectious? As for the vaccines being developed in their hundreds, will the new strains be as susceptible to them, or less so?
Will the vaccines be equally available everywhere, or less so in poorer countries, as already seems to be the case? How can this be improved?
Then there’s the misinformation, and the Conspiracy Theories, and the lies, which can be just as widespread as the subject of their chatter. People in my village, too, include someone who thinks it’s a Masonic plot; others, that it’s all a hoax; some insist that they’re not at any risk of being infected or infecting others, so why wear a mask at all, law or no law? (Here, we lean heavily towards no law). Well, okay, let’s say that you don’t have The Virus… until, surprise, you do.
My own infection likely came from one of the twice-monthly shop-restocking trips I make to Zugdidi, often with my wife, but lately alone for her ongoing protection. It’s a city of some tens of thousands and, though I wear a mask everywhere, that only lessens the risk, it doesn’t make it zero. Those few percent of possibility, multiplied by the number of trips, make the probability more and more likely.
We try to enforce a strict masked policy for all shoppers, insisting that they not enter maskless; but the number of guys who show up drunk and unable to be reasoned with makes this quite a challenge. Usually, we refuse them entry in an inebriated state anyway; but we haven’t yet called the local police because that would escalate things to a level of likely permanent hostility and, well, we live here. Besides, local law “enforcement” personnel are all related to half the population, as people here are, so they may be fairly reluctant to entangle themselves in “domestic issues”. Complicated.
School, as in every small community, reopened recently, with a Temperature Check at the door for all, young and old, entering the premises every day. SO much better than online lessons, which all hated: these were perhaps better than nothing, but Not a Lot.
Winter here has been so mild that we have had hardly any issues with water to the house freezing. In any case, the new pipe connection to the house is a few tens of meters long instead of over 250, so it can be dealt with much more easily with boiling water and salt. But the lack of snow is a worry. The huge Enguri hydroelectric dam is emptier than I have ever seen it in 21 years here. Its level does usually go far down in the winter, with increased energy load for our heaters and decreased water inflow, this pattern then reversing itself in summer and autumn. But we are at a new low now, with so little snow that one cannot see how the level will return in just one cycle of seasons. As high as Ushguli, 2200 m above sea level and Europe’s highest village, there was RAIN in mid-January, which no one living there had ever seen before.
Our last guests in the house left mid-February, as The Virus was going worldwide. Tourism in the whole country has taken a huge wallop, and needs to remain cut off for the visible future anyway. So, a massive economic downturn, things affecting each other. You hardly want to think about all of it together; the strain will bear down on you and take your breath away. You go on, one day at a time. Or… not, but that too is something no-one wants to contemplate. Keep Calm and Something Something.
How anyone manages to Keep Calm without an eternal perspective, though, I don’t know. I cling like a drowning man, but I cling, and don’t drown. I can look this in the face and not go crazy. For which I am grateful.