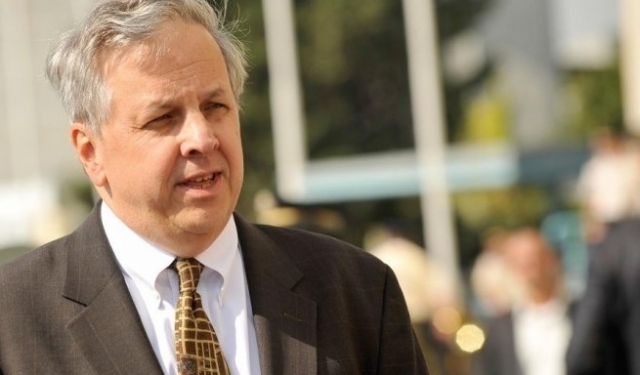 Ian Kelly, the former US Ambassador to Georgia, has congratulated Joe Biden on the US Presidency. He noted on his Facebook page that “Biden Makes America America again.”

The inauguration took place amidst extraordinary political, public health, economic, and national security crises, including outgoing President Donald Trump’s attempts to overturn the 2020 United States presidential election, which incited a storming of the Capitol; Trump’s unprecedented second impeachment; and a threat of widespread civil unrest, which stimulated a nationwide law enforcement response. Festivities were sharply curtailed by efforts to prevent the spread of COVID-19 and mitigate the potential for violence near the Capitol.

“America United” and “Our Determined Democracy: Forging a More Perfect Union,” a reference to the Preamble to the United States Constitution, served as the inaugural themes.

“President Joe Biden ended his first day in office with a note of hope and optimism, closing his inaugural activities with an appearance at the Lincoln Memorial on Wednesday night, where he asked the nation to answer his call for unity, saying it will require “us to come together in common love that defines us as Americans,” reported CNN.

“We’ve learned again that democracy is precious. Because of you, democracy has prevailed,” Biden said.