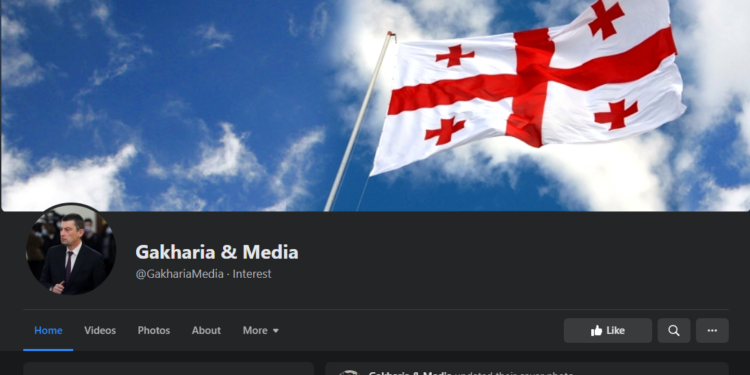 “It is a lie as if Bidzina Ivanishvili’s official Facebook page was turned into a page of Giorgi Gakharia’s supporters,” Gabriel Tsulaia, former Head of the Strategic Communications Department at the administration of the Georgian government, writes on the social network.

He posted an explanation about the Facebook page ‘Bidzina Ivanishvili & Media,’ saying that the page, which was not official, but an ordinary page of supporters, was created by him and his brother Irakli Tsulaia in October 2011, before the Georgian Dream party was even founded. Tsulaia pointed out that while he was working in the public service, the page was run and managed by his brother.

Tsulaia notes that after Giorgi Gakharia resigned as PM, he also left the government administration and together with his brother will continue to manage the mentioned Facebook page, which was recently renamed as ‘Gakharia  & Media.’

“Therefore, absolutely legitimately and openly, in accordance with my views, together with my brother, I will continue to manage this page,” wrote Gabriel Tsulaia.

“I would like to provide factual information to the public:

“False – Bidzina Ivanishvili’s official Facebook page was turned into a page of Giorgi Gakharia’s supporters. – Truth – The abovementioned page in social network, created by me and my brother Irakli Tsulaia in 2011 (before Georgian Dream was established as a political party), was not an official page. It was an ordinary page for supporters.

“False – I have been managing this page while in parallel working in the public service. – Truth – My brother Irakli Tsulaia, who is a reporter, managed the abovementioned page since 2012.

“Fact N1 – After Giorgi Gakharia resigned, I made my decision and left the position of the Head of Strategic Communications Department of the Administration of the Government of Georgia. Consequently, openly and absolutely legitimately, together with my brother, I continue to manage this page according to my personal preferences.

“Fact N2 – It should be mentioned that since 2011, the abovementioned social network page has been operating according to the highest standards and rules of social networks and despite numerous attempts by various individuals to ‘report’ the page, its functioning has never been restricted by Facebook (anyone who knows the specifics of social networks, will understand the importance of this fact),” reads the statement posted by Gabriel Tsulaia.

‘Bidzina Ivanishvili & Media’ published posts in support of Georgian Dream Founder and former Chairman Bidzina Ivanishvili. The page changed its name yesterday,  March 23, to ‘Gakharia & Media.’ This was preceded by a statement by former Prime Minister Giorgi Gakharia that he was not leaving politics and was going to continue his political career.

Related Story: Gakharia: I Am Not Leaving Politics