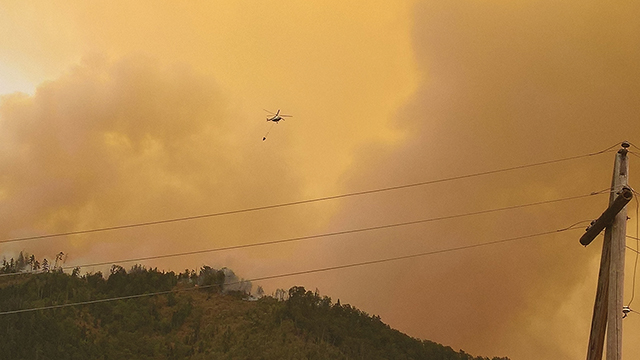 The Russian invasion of Ukraine, as well as the global pandemic, have diverted the world’s attention, and in general put climate change and the green economy onto the back burner of the political agenda.

However, the process of climate change has not been halted by shifts in geopolitics, rather it remains as relevant now as before the war. Moreover, the war itself has already had a disastrous environmental impact: wildlife has been destroyed, craters have opened over the terrain, and explosive releases of heavy metals and toxic chemicals have spread throughout the landscape and into the atmosphere. Missiles have created forest fires and triggered the release of radioactive material into the air, while the destruction of oil and gas facilities has also caused vast greenhouse gas emissions. According to the United Nations, the resulting pollution has created an “ecological catastrophe,” with more than 530,000 hectares of protected land “affected, damaged, or destroyed” (McCarthy, 2022).

In this blog, we aim to discuss the correlation between climate change, human negligence, and summer forest fires. Moreover, since the so-called fire season is approaching (July-August), it might prove interesting for our readers to understand just how such threats can be avoided or at least minimized.

The first version of this blog was developed within the framework of ISET’s “Training for Journalists on the Green Economy” project. During which one journalist from Borjomi TV discussed the topic using the example of the Samtskhe-Javakheti region and the Borjomi municipality. ISET Policy Institute has now renewed this blog to highlight the relevance of the topic once again.

INTERLINKAGES BETWEEN THE FORESTRY SECTOR AND CLIMATE CHANGE
The connections between climate change and the forestry sector are numerous, multidirectional and, therefore, complex.

As discussed in earlier blogs, the trend in recent years demonstrates that fires are a growing phenomenon around the world, and they are chiefly associated with climate change, though the improper clearing and maintenance of forests can also contribute.

Notably, climate change potentially increases the risk of fires for various reasons:
a) The longer hot seasons due to global warming – the summer and autumn months are hotter, leading to extended fire seasons;
b) High temperatures cause drier weather, which in turn promotes evaporation, and soil becomes less saturated with water. These circumstances not only increase the likelihood of fires, but also make it more difficult to fight fires as they spread faster;
c) The drier and warmer seasons, which, in addition to lasting longer, create favorable conditions for pests that more easily tolerate winter and can rapidly reproduce. Consequently, these pests can cause tree death – they dry out wood, making trees more susceptible to decay. This therefore creates an ideal environment for forest fires;
d) One of the main causes of forest fires is lightning during thunderstorms, often due to climate change.

CLIMATE CHANGE AND THE FORESTRY SECTOR IN GEORGIA: THE SAMTSKHE-JAVAKHETI AND BORJOMI FIRES
Forests occupy about 40% of the total area of Georgia. They also play a crucial role in the country’s greenhouse gas balance. In recent years, the evolution of the socio-economic situation has had an extremely negative impact on forests, has contributed to deforestation and fires, and is leading to a significant reduction in their carbon absorption potential. For example, in Samtskhe-Javakheti, within areas under National Forest Agency (NFA) management, 34 fires have been reported in the last 15 years; NFA data from 2021 shows that these fires covered a total area of 2425.83 ha, amounting to 2% of the Samtskhe-Javakheti forest area.

In Borjomi, the local population has increasingly been feeling the effects of such fires. The change in microclimate is especially noticeable in settlements surrounding burned forests. According to biologist Vazha Gelashvili, as a result of fires in the region, the air has become drier and continental, and the number of freshwater sources has decreased. Forest fires, increasingly frequent droughts followed by abundant rainfall, and other climate change-related shifts in the environment are moreover reducing the region’s tourism potential and affecting the economy.

Nevertheless, the Georgian National Greenhouse Gas Inventory Report (1990-2017) shows that, if managed properly, land use and the forestry sector remain significant absorbers of greenhouse gases, which make a significant contribution to climate change mitigation. The sink capacity of this sector fluctuated between 8,122-10,061 Gigagram CO2 eq. between 1990-2017, which constitutes 20-65% of total emissions during this period. Therefore, as forests absorb a significant proportion of emissions, more importance should be given to the issue of forest fires.

WHAT IS BEING DONE TO REDUCE FOREST FIRES?
To mitigate climate change in the forestry sector, the Government of Georgia is upholding the following three priority measures (MEPA, 2021, p. 29):
(a) The establishment of sustainable forest management practices;
(b) The promotion of natural restoration, and the implementation of reforestation and forest restoration;
(c) The expansion of protected areas.

According to the National Forest Agency, the country has prepared a number of documents to address climate change mitigation and adaptation, those which define the target indicators and the actions to be taken over the years. These include Georgia’s Updated Nationally Determined Contributions (NDCs) for the UN Framework Convention on Climate Change under the Paris Agreement; Georgia’s 2030 Climate Change Strategy; and the 2021-2023 Action Plan within the 2030 Climate Strategy, which also covers sustainable forest management and fire prevention issues.

The Fourth National Communication of Georgia further identifies that the problems associated with climate change are becoming more pressing and that important steps need to be taken to adapt to it. It also explains the actions the agency has already taken. The document additionally highlights the development of fire prevention measures, namely:
• The arrangement of roads and paths for fire-fighting;
• The clearing of forests;
• The development of early notification and detection systems.

In addition, a methodology for forest fire risk assessment has been prepared, fire-hazardous areas have been identified – where monitoring is tightened during problematic periods, including supplementary hired firefighters – and the designation of sites for lighting bonfires and the placement of information boards have been implemented. Furthermore, in 2021, 107 agency employees and 30 volunteers were trained in forest fire management across all regions.

WHAT NEEDS TO BE DONE, WHAT DO WE KNOW, AND WHAT CAN THE POPULATION DO?
Rezo Getiashvili, a representative from CENN, an environmental NGO, explains that responding to climate change is a difficult process where complex decisions must be taken, and that the whole world is struggling to discover how to cope with climate change and with the consequences already faced. In his estimation, during the season when fire risk increases, additional hazard measures are required; for example, the prohibition of bonfires or in general even banning movement in woodlands, as well as arranging tourist-recreational infrastructure within forests. Burning waste in agricultural plots is another harmful practice in Georgia that causes fires. Since 2015, there has been a law regulating this issue, including the relevant sanctions, nevertheless we still have no enforcement. Thus, effective enforcement mechanisms need to be enacted.

A lack of information on the negative impacts of climate change and the role of the populace in slowing the process down is another core problem. One small survey conducted in Borjomi reveals that although part of the local population believes in climate change, they do not think these processes have an impact on them today, nor do they consider their role to be significant.

Similar attitudes were identified in a study conducted by the Caucasus Environment Center (REC Caucasus), commissioned by the European Union and the United Nations Development Program (UNDP) in Georgia from August-September 2020:
• 97.6% of the citizens surveyed have heard about climate change;
• 91.35% of the population believe that climate change is a real process that threatens life on Earth;
• 25.9% of respondents believe that international organizations will be able to manage the effects of climate change;
• 36.19% of the population think they can do nothing to tackle climate change.

Despite the public perception that individuals cannot change anything, there are a few simple steps that can be taken to slow climate change, to prevent periodic fires, and to sustain forest management, in particular:
• Avoid artificially starting fires;
• Avoid lighting bonfires in woods during dry summer months;
• Follow fire safety rules while in the woods;
• Do not incinerate waste on agricultural land;
• Reduce the excessive consumption of firewood;
• After cutting trees down, clear the area of any remaining branches;
• Use energy efficient ovens.

CONCLUSION
There is an apparent link between climate change and forest fires – climate change on the one hand increases the likelihood of forest fires, while in turn forest fires accelerate the process. The issue is gaining worldwide urgency, and it is also necessary for Georgia to be actively involved in the communal response.

As the contribution of every single person can help slow climate change and reduce the incidence of forest fires, active state policies on these fronts should be accompanied by further awareness and information campaigns to the benefit of the population. This should be done not only in large cities, but across regions like Samtskhe-Javakheti – thereby highlighting the linkages between individual actions and the forest fires that have been hitting these regions lately.