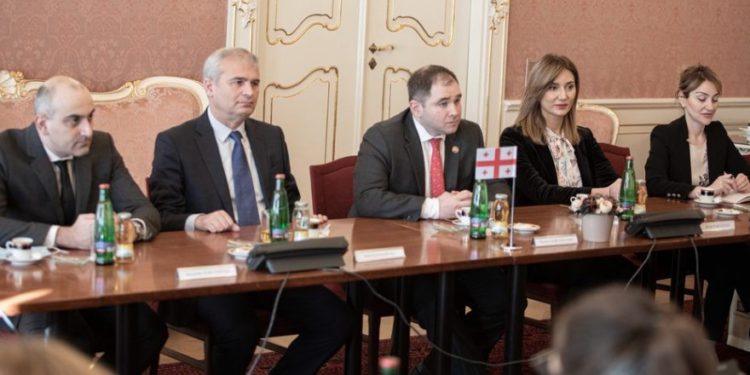 The parties discussed bilateral relations and political, economic and cultural cooperation. The parties emphasized the security milieu in the South Caucasus and underlined the grave situation in the occupied regions of Georgia.

“Our Czech colleagues asked about our vision on the possible scenario in the Black Sea region, especially the invasion of Russia in Donbas. We were informed about the plans of the EU and NATO to restrain Russian aggression,” Samkharadze stated.

The Czech officials reaffirmed the intact support of Georgia’s NATO and EU membership and noted that Georgia deserves rapid accession to NATO.