Forbes: What Just Happened In Tbilisi Will Affect All of You 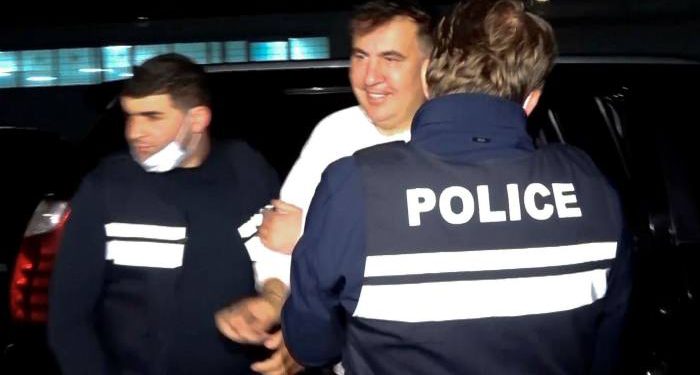 Forbes has responded to the recent arrest of the former president of Georgia Mikheil Saakashvili with an article, entitled “What Just Happened In Tbilisi Will Affect All of You,” written by journalist Melik Kaylan.

“The former President of Georgia, Mikheil Saakashvili, returned from exile to his country by stealth in order to spur the opposition on the eve of October 2 nationwide municipal elections. He was promptly arrested, which it seems he fully anticipated. In effect, he chose to become a political prisoner. Why should anyone else in the world care what happens in the small remote Caucasus republic? Answer: they certainly should for numerous reasons. It matters hugely in the worldwide struggle against Putin. That means you and me, wherever we might live,” the journalist notes.

The article further highlights that Saakashvili had shown that it was possible for a former Moscow colony to become a transparent, successful, liberal country. Georgia was rated the easiest place to do business for several years in a row, and the Kremlin couldn’t stand it.

The author adds that following the end of Saakashvili’s tenure, the oligarch Bidzina Ivanishvili offered Georgians a “quiet life” and “the big sleep.” However, the former president is now back in Georgia and can work the process in reverse “if we give him support,” as “he has done this kind of thing before successfully when the West was in the ascendant.”

“The only chance at full-scale change and return of optimism, like it or not, is in the person of Saakashvili. He is not the most popular or politically flawless figure, but he is the bravest, packs the most experience at seizing the moment and overturning the odds. The last time the world cared about Georgia was during his tenure because he realized that only global attention could stave off Moscow’s bullying. He deliberately made himself a high profile figure abroad – in the US, in France, around Europe and beyond,” notes the author.

“Saakashvili has now made himself the center of attention again. It’s a sacrifice neither the West nor Georgians themselves can spurn. With the West’s help, he must become a thorn in the side of the Tbilisi regime. The counter-wave against Kremlin-modeled authoritarian rule everywhere can start where the Kremlin first imposed it. We need to identify with Georgia’s fate again – it will be our fate if we don’t,” he concludes.