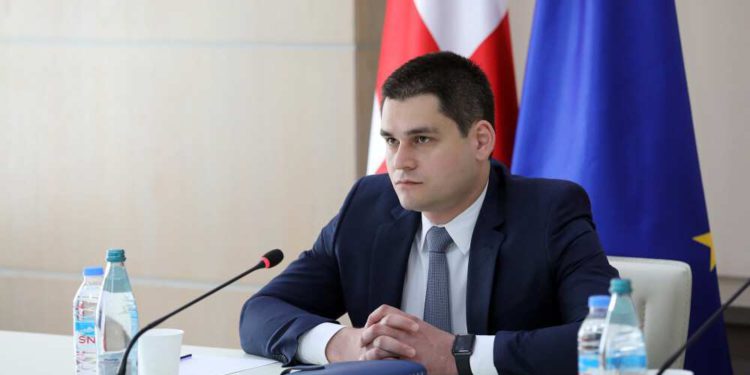 “Ivanishvili has not left politics, but he is in charge of the political process in the country,” Mikheil Daushvili, a member and MP of the Party for Georgia, stated at the plenary session of Parliament.

As Daushvili claims, the Georgian Dream is becoming a threat for Georgia’s citizens and the future of the country.

“We have heard many calls from the parliamentary majority to be careful and not to start a war. Of course, we do not want a war, caution is needed, but the question arises here – is GD being careful today, or on the contrary, is it increasing risks for our country?

“A few days ago, you published the so-called “report”, celebrating the tenth anniversary of the founding of Dream,” Daushvili says. “Clearly, we have only heard praise from our leaders – thus making it clear once again that the ‘Dream’ is completely cut off from the problems and hardships of its citizens, and their only remaining goal is to retain power. Against this background, it is even more unfortunate that the “dream” is becoming more dangerous every day for our citizens and for the future of the country in general.”

This week, an audio recording was spread on social media, allegedly involving Bidzina Ivanishvili, the founder of the Georgian Dream, and Vladimir Yevtushenkov, the Russian oligarch and founder of Sistemas.

The telephone conversation dated March 10 and March 12 this year concerns a meeting of Russian businessmen in Tbilisi. The recording mentions the name of Prime Minister Irakli Garibashvili, about whom Ivanishvili allegedly told Yevtushenkov that he had met with his envoy. In response, Yevtushenkov allegedly asks Ivanishvili to personally meet with his representative.

“Yesterday we saw a telephone recording between Mr. Ivanishvili and Yevtushenkov,” Daushvili told Parliament. “Clearly, to rule out any ambiguity, if this record is authentic, then we are dealing with the harshest reality and it is possible that the future of our country will be severely affected. If the recording is authentic, it means that Mr. Ivanishvili did not leave politics, on the contrary, that he manages the entire political process in the country and even arranges meetings involving PM Garibashvili. I would also like to remind you that last summer he published a letter about Gakharia while his party was having a hard time. So I want to ask the majority a question – when the country needs it today, will Ivanishvili come out and answer the questions  society is asking? For example, regarding yesterday’s recordings, what he was discussing with Yevtushenkov, what meetings he had scheduled in Georgia, and where he is leading the country in general,” Daushvili said.

According to Daushvili, Georgia is becoming an “instrument” for Russian oligarchs to avoid the international sanctions.

“The recording also shows that Mr. Ivanishvili is talking to an internationally sanctioned person about avoiding sanctions against Russia, and is even planning meetings with the Prime Minister.

“The record also shows someone named Davit Khidasheli, who is involved in the case of Gareji, who buys and leases thousands of hectares and most likely buys a number of assets with Russian capital. The record also shows that the Prime Minister, not even a real Prime Minister, is still merely an assistant, unfortunately, fulfilling the tasks given to him by Ivanishvili, meeting with sanctioned persons, thus posing the greatest threat to the country and our future. It is sadly obvious that Georgia is becoming a tool for Russian oligarchs to avoid the sanctions,” Daushvili claims.

“We asked you to express adequate political support for Ukraine, and not to make Georgia a means for Russia to circumvent the sanctions. You have not been able to do that. Moreover, you have raised questions, listened to the accusations, and yet seem to be turning Georgia into a haven for Russian oligarchs, thereby actually helping Russia in its war against Ukraine, helping Russia seize our sovereignty and independence.

“I want to ask the Dream MPs, former colleagues – do you realize which side of history you are on today? Where you are leading the country with your participation in all this? Do you take responsibility for it all?” Daushvili asked.