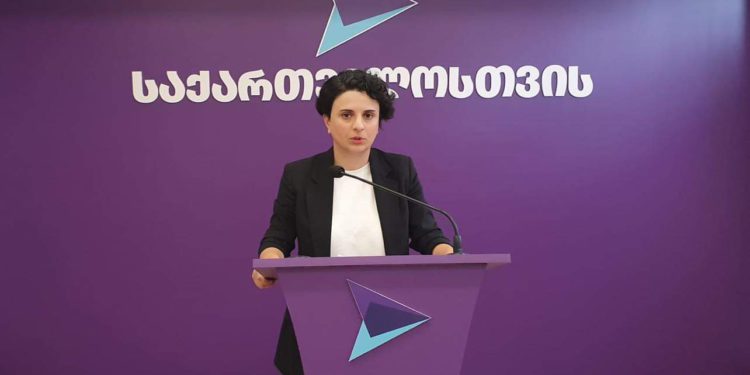 “A short and clear tweet – why the ‘Georgian Dream’ doesn’t want Europe? Because European values threaten the power of ‘Dream,’ – Natia Mezvrishvili, Deputy Chairperson of ‘For Georgia’ party, thus responded to the statement of Ursula von der Leyen, President of European Commission.

“The Georgian Dream wants to maintain power, which is possible only in conditions of weak institutions, one-person, informal rule, political corruption, rigged elections, control of everyone and everything, and which is incompatible with European values.

“When the decisive moment came, the dream rejected the people’s choice (the European future) in order to retain power because the introduction of European values would mean free and fair elections, which would limit the power of the ‘Dream.’

“This is the main thing today, and with this in mind, we should continue to fight for Georgia’s European future,” Mezvrishvili stated.

“Why are authoritarian regimes so afraid of Europe? We do not wage war, we do not impose our model. So why? Our values make them afraid,” President of the European Commission stated on the occasion of the memorial ceremony for President David Maria Sassoli.