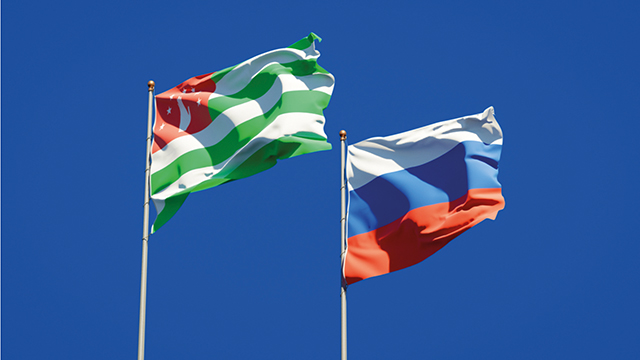 When a new Russian invasion against Ukraine began in late February, following the decision to recognize the independence of two separatist entities in Donbas, the prospects for Abkhazia and South Ossetia seemed propitious. The invasion plan was thought to be a well prepared campaign, one that ended with a devastating blow to Ukraine. Moreover, the expansion of Russia’s separatist empire was also considered in Sokhumi and Tskhinvali as a positive sign: Russia was building a new order, and the chances that Abkhazia and South Ossetia would be getting larger recognition, for a moment, seemed more realistic.

Despite these high hopes, the opposite happened. Russian moves proved Moscow has no regard for separatist entities except to use them for military goals. The arguments, believed by many in the West, that Russian moves in Georgia in 2008 and Ukraine in 2014 were (at least partially) motivated by fears of Russian speakers being oppressed turned out to be false. Moreover, claims that NATO was an instigator of rivalry with Russia by drawing Georgia and Ukraine into the alliance likewise proved inaccurate.

The 2022 invasion showed that there was a different mentality that dominated the Russian elite when it made that fatal decision. In Russia, the imperial vision has never faded. Side-lined for some time following the Soviet collapse, it resurfaced with new force in 2010s. It is now clear that the second war with Ukraine is nothing but an attempt to build a territorial empire.

Russia has faced unexpected resistance, not only from the Ukrainian people, but from the liberal order. Weakened and denigrated by many as a historical relic no longer applicable to the realities of the 2020s, the order has once again showed its vitality and ability to re-emerge as a concept still dear to many. And this is where the hopes of Abkhazia and South Ossetia become unrealistic. Russia’s sprawling separatist empire is ever more difficult to govern: Too many players and too many needs, both military and economic, put pressure on Moscow financially.

But arguably the biggest problem for Georgia’s occupied territories is the economic situation. Even before the invasion, the Covid-19 pandemic undermined a fragile balance Abkhazia and South Ossetia depended upon. Global recession, coupled with a particularly badly handled pandemic in Russia, hit the separatist territories. Abkhaz and South Ossetian leaders often had a hard time extracting money from their superiors in the Kremlin. Russian politicians too were increasingly unwilling to commit finances to the ever growing predatory elites in the separatist territories.

With the second invasion of Ukraine, Russia has now come under an unprecedented range of Western sanctions. Its economy is set to plummet by year-end if not in the next several months. The seeming stability of the Ruble is very much illusory.

Dependent on Russia, the economic situation in Abkhazia and South Ossetia will deteriorate. Russian tourists might visit Abkhazia this summer in much bigger numbers, but whatever scant financial aid Sokhumi will be getting, it will be contingent upon meeting specific Russian demands, and those are some big demands by Abkhaz standards. Moscow wants land and critical infrastructure of the region to be legally available for purchasing by Russians. Allowing it equals Abkhazia losing whatever minimal semblance of autonomy it still enjoys from Moscow.

Moscow has already indicated that it will be less willing to finance Abkhazia and South Ossetia. In early March, in an interview with the state-affiliated TASS news agency, Russian Deputy Economy Minister Dmitry Volvach argued that it is time that the two regions become more independent from Moscow’s aid.

The situation with South Ossetia is different. It has a much smaller array of what it can offer to Russia. In fact, its geographic position is the only advantage the region has. Thence comes, in a striking difference with Abkhazia, Tskhinvali’s occasional attempts to seek unification with Russia.

As such, the long-term picture seems less promising. The two separatist regions hoping for economic development will be heavily impacted by the unfolding crisis in Russia. Perhaps in Abkhazia this will once again engender talks on some kind of economic rapprochement with Tbilisi. The Abkhaz leader Aslan Bzhania has long argued that trade relations and some kind of political dialogue with Tbilisi will be helpful. The opposition is against it, constantly threatening unrest and violence.

The fate of the two separatist regions is closely linked to Russia. This is seen as a boon in terms of security, but also as a huge liability when it comes to the economic stability of Abkhazia and South Ossetia. Ramifications will be wide-ranging. Corruption and ever decrepit infrastructure will hamper the two territories’ development. In a way, for Tbilisi, it is an opportunity. In the longer run, some kind of talks could be entertained with Sokhumi. Contingent upon Georgia’s internal economic development, Tbilisi could become more attractive for ordinary Abkhaz and Ossetians. Some experience in that regard is already there. Before 2020, and especially following the pandemic, Georgian medical services attracted numerous residents from the two territories. Similarly, the education sector, with wide ranging state-sponsored incentives, has also attracted a large pool of future students.