FM: No Mechanism to Stop Visa Liberalization will be Activated for Georgia 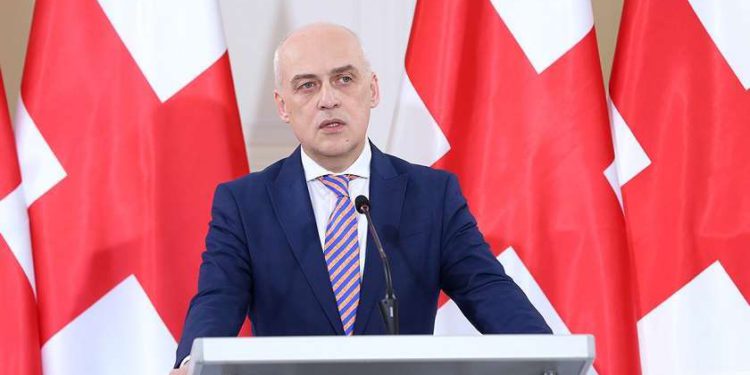 “The information that the EU is considering the suspension of the visa-free regime for Georgia is a big lie, Georgia is fulfilling its obligations and no suspension mechanism will be activated in relation to Georgia,” said Deputy Prime Minister, Minister of Foreign Affairs Davit Zalkaliani, commenting on unconfirmed reports that the EU might consider abolishing the visa-free regime for the country.

Unlawful residency and unfounded asylum claims from some western Balkan states, plus Moldova, Georgia and Ukraine, is triggering discussions on suspending visa-free travel to the EU, EUobserver reported today. The agency says they became aware of the contents of an EU internal report which is dated September 27.

“I want to reassure everyone and also disappoint the people who took up this story. I know there is excitement among our opponents because of this.

“It is unbelievable when opponents are happy due to the likely failure of the country and I want to disappoint them and tell them that this is a very big lie. This article does not specifically talk about Georgia, it concerns Moldova and the Eastern Balkans. The number of asylum seekers increased from those countries, but, on the contrary, the number of asylum seekers from Georgia to the EU has decreased by 75%. So this is a very big lie, nothing is at risk, everything is very good,” he said.

The report on which EUobserver based it’s story, notes that the number of asylum seekers from Georgia has increased by 51% in the last three months compared to the same period in 2019.

“‘In case of little or no improvement by third countries, COM [European Commission] should, in our view, emphasize that triggering the Visa Suspension Mechanism is a real option,’ says the German delegation in the document,” EUobserver wrote.

“The latest report on the implementation of visa liberalization, which was published, is extremely positive, with a very positive assessment of the implementation of visa liberalization by Georgia, and we are honestly fulfilling our obligations. Therefore, no suspension mechanism will be activated in the case of Georgia. I have now been informed that German President Steinmeier has made a similar statement that no such steps are planned,” stated the Georgian FM.