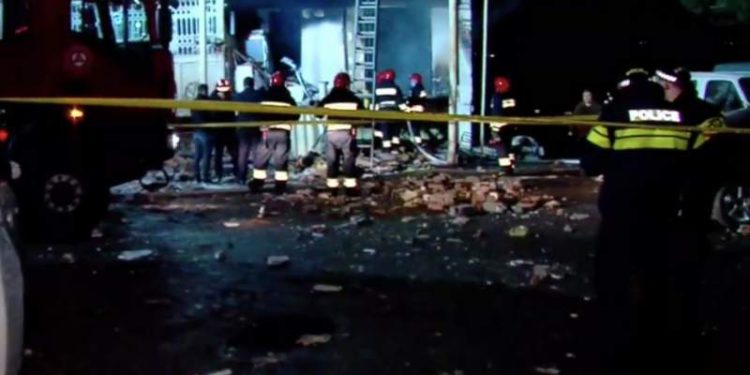 5 people were injured as a result of an explosion that took place in a residential building in the Vazisubani district of Tbilisi last night.

Based on the preliminary information, the explosion on the first floor of the building was caused by a gas leak.

A man who lived in the apartment where the explosion took place has received relatively severe bodily injuries and burns. The doctor says his condition is serious and he is currently being treated in the resuscitation unit.

“His diagnosis was 60% thermal burns on the body, burn shock, burns to the airways,” Tea Urotadze, a doctor, told reporters.

4 other people were taken to hospital with intoxication and their lives are not in danger.

In addition to the first and second floors of the residential building, cars parked in the yard were damaged.

According to the Emergency Management Agency, the cause is being investigated, including whether the explosion was caused by the accumulation of natural gas.